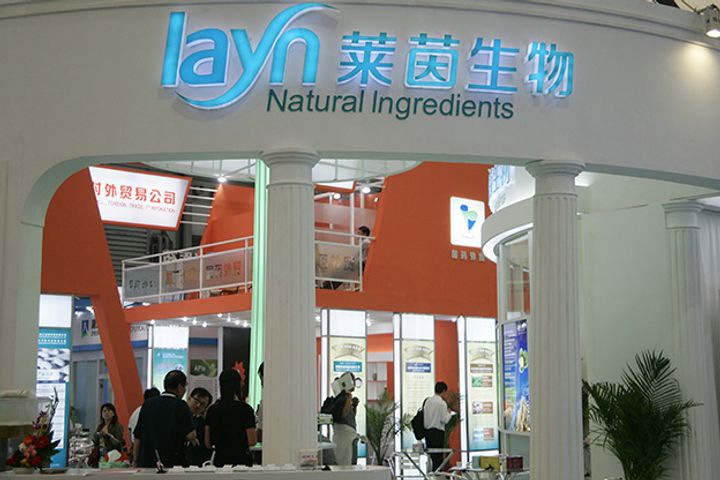 The deal is expected to bring annual sales of USD345 million to USD400 million to Layn.

The two signed an agreement for the exclusive distribution of natural sweetener related products, valid until the end of 2023, the Guilin, Guangxi province-based natural sweetener and raw material supplier said in a statement yesterday.

Layn authorized Firmenich as the exclusive distributor of its products outside China but this license excludes products sold to animal food and feed producers and contracts Layn has previously concluded with other customers, per the statement.

Layn's natural sweeteners are extracted from stevia -- leaves of the plant Stevia rebaudiana, which is native to Brazil and Paraguay -- and a fruit indigenous to the area around Guilin known as luohanguo or monk fruit (siraitia grosvenorii), per the statement.

Stevia, which contains no calories, is 200 times sweeter than sugar, while monk fruit is used as a medicinal herb and sweetener, public information shows.

Based in Meyrin in the Canton of Geneva, Firmenich will buy USD400 million -- including tax -- of products from Layn and its units each year, under the agreement, with a minimum purchase of USD345 million or compensate the latter for any shortfall, but if the amount purchased tops this minimum, Layn will pay a cash reward or equivalent to the former.

Firmenich will use and display the Layn trademark on its packaging and other materials and websites to promote its products to consumers.

The partnership will bring about USD76.2 million in sales revenue to Layn, or about 65 percent of its annual revenue last year. This will help expand the company's natural sweetener market and production, per the statement.