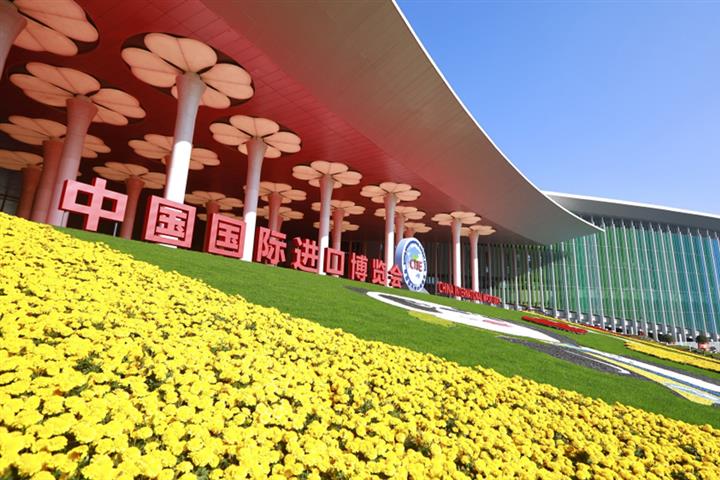 (Yicai Global) April 17 -- Compagnie Financière Richemont, the world's second-largest luxury goods company, penned a contract online yesterday with the China International Import Expo Bureau confirming its participation in the CIIE and signed a framework agreement on its strategic partnership with the expo in the first time the Swiss firm has participated in the fair.

“In these challenging times [Covid-19 pandemic], Richemont is making every effort to prepare for a return to normalcy, particularly in China, one of our most important markets. Participating in the 3rd edition of the CIIE and committing to a strategic cooperation with you in future events, like the Hongqiao International Economic Forum, proves our confidence in the Chinese economic rebound,” said Jérôme Lambert, the company’s chief executive.

“Switzerland is an important participator in the CIIE and sent 59 firms to the expo last year, and the number of firms and exhibition area were one of the most among European countries,” said Sun Chenghai, deputy director of the CIIE Bureau and chairman of the National Exhibition and Convention Center Shanghai, adding, “Swiss firms such as SGS, Nestlé and Louis Dreyfus have inked contracts to confirm their participation for the third CIIE this year. We are looking forward to sharing opportunities in China’s economic development with Richemont and injecting more vitality to bring China-Swiss economic and trade cooperation to a new level.”

The Covid-19 pandemic has failed to dampen the ardor of Richemont and other firms to take part in the CIIE. Contracted exhibition areas have now reached 60 percent of the planned total, and more than 1,000 companies have inked contracts to present their products at the expo.

The French term 'metiers d’art' roughly translates into English as ‘craftspeople’ or ‘artisans.’