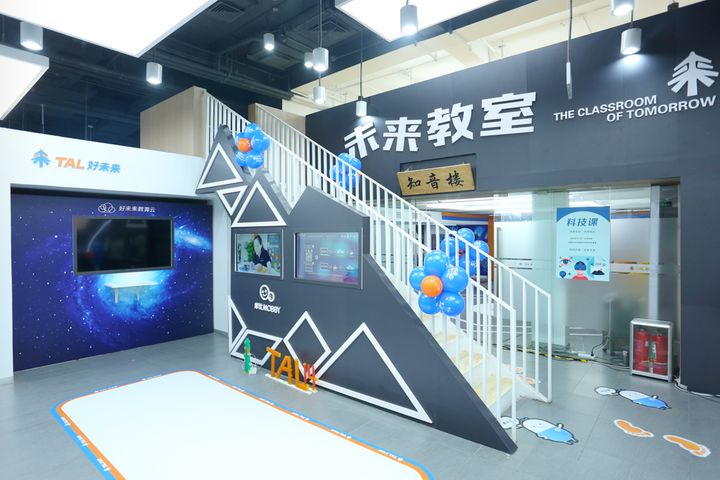 (Yicai Global) March 12 -- One of China's biggest after-school tutoring company has taken down some courses from its enrollment site in response to a comprehensive inspection of the sector currently being undertaken by the government.

China's education ministry commenced its inspections at the end of February in conjunction with three other departments as part of efforts to rectify malpractices in the sector. The probe is seen as the strictest upheaval ever seen in the after-school tutoring sector.

Regulatory changes in the sector could hit TAL Group's bottom line in the future, says an industry insider. "If TAL cannot explore a new, regulatory-compliant profit model, the company's high growth may not be sustainable," he said, adding that the firm's curriculum system will be affected. TAL Group has seen its business expand fivefold in the eight years since its US listing.

The company's third-quarter revenue for the 2017 fiscal year was USD433.3 million, up 66.3 percent from a year earlier, the firm said on Jan. 25, while net profit was USD40.7 million, almost double that of the year-ago period. As of March 9, TAL's market cap was USD19.5 billion, higher than that of key sector rival New Oriental Education & Technology Group Inc. (USD14.7 billion). The XRS small-class business is TAL's main source of operating income, covering all courses in primary, middle, and high schools.