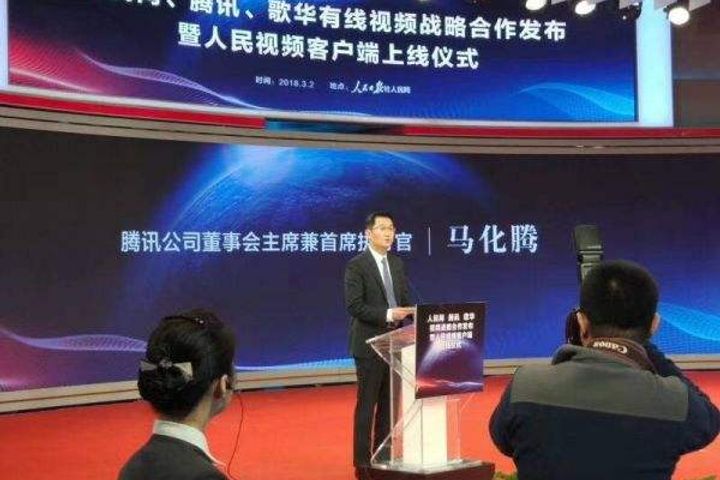 Tencent will exploit its Big Data, cloud computing and artificial intelligence advantages in technologies and platforms to facilitate the project's integrated development and implementation jointly with mainstream media, said Pony Ma, Tencent's board chairman and chief executive, in a speech at the signing ceremony.

The collaboration will integrate People.cn's edge in content production and brand, Tencent's technological platforms and user flows, and the widely-used terminals of Gehua CATV in Beijing.

The three will publicize the short videos and livestreams via the internet. Tencent also will procure the quality video content of People.cn by signing procurement framework agreements to license copyrights, it announced, per the report.