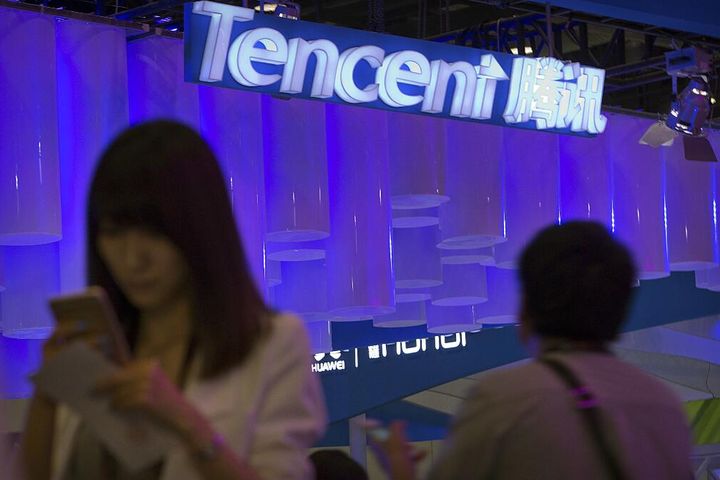 Tencent Responds to Share Price Decline and Criticism of 'King of Glory': 'Game Is Not Disaster'

(Yicai Global) July 4 -- Tencent Holdings Ltd. [HKG: 00700] share price plunged over four percent today following an article on people.cn, criticizing the internet giant's mobile game 'King of Glory.' WeChat account of Tencent's official website responded at top speed. The producer of the game Li Min said that recreation indeed needs to be regulated, but guidance may be better than restriction. He also added the people will not regard the game as a disaster to be criticized.

Recently, Tencent faced some negative opinions after consecutive new peaks of its stock price. On Tuesday, the company saw a sharp plunge in its share price, and the decline continued in the afternoon. With a 4.44 percent decrease, the price dipped to HKD266.4 (USD34) – the minimum value that day. The market value of Tencent was reduced by around HKD208.5 billion, compared with the value when its share price was at a new peak on June 27.

People.cn published an opinion article headlined "Is King of Glory entertaining the public or damaging people's lives?", saying that King of Glory is successful as a game, but it has been bringing adverse impact to the society. The number of accumulated registered users of King of Glory is over 200 million, and its daily active users is more than 80 million. That is to say one of every seven Chinese is playing this game. Moreover, the percentage of users born after the year of 2000 is more than 20 percent.

However, two days ago, Tencent busted the strictest ever move against over-indulging in the game 'King of Glory.' The measure restricts those 12 or under to a one-hour window of play each day, and imposes a two-hour daily limit for juveniles above 12 years. Post-9.00 p.m. logins will be banned; the function of pairing with hardware device is added, so that juveniles may not dodge their parents' supervision through login with multiple accounts.

"This move shows the seriousness of anti-addiction purpose to some extent, but whether the three actions will be helpful needs to be tested further," people.cn commented.

Yao Xiaoguang, vice president of Tencent and president of TiMi Studio Group of Interactive Entertainment Group (IEG) of Tencent, gave a speech in Hong Kong recently, saying that, as a phenomenal game, the 'King of Glory' should not be understood merely from the concept of being a game, instead, it has become a new approach for social contact.

Correspondingly, the 'King of Glory' also boasts the following labels: users, more than 200 million, outnumbered investors of A- shares; the revenue of CNY6 billion outperformed 3079 A-share listed companies; game leveling players earn a monthly income of CNY50,000; games anchors earn an annual salary of CNY20 million; and daily income from the sales of skin reached CNY150 million. "Father of the King of Glory" bought a property in Hong Kong for CNY98 million, and the monthly turnover in the first quarter amounted to CNY3 billion.

Nevertheless, data shows that among the users of the 'King of Glory,' those under 12-year-olds, between 13- and 17-year-olds, between 18- and 35-year-olds, and above 35-year-olds respectively occupy four percent, 15 percent, 71 percent and 11 percent. Therefore, market participants believe that since only 19 percent of users are subject to the actions taken by Tencent, the company's market performance will be hardly affected.