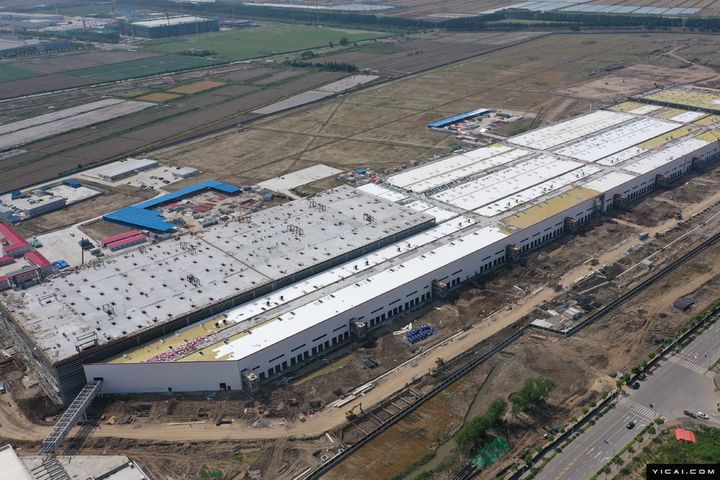 The plant has made great progress in six months, an aerial photo shows.

Much of the car manufacturing equipment is already present in the building, a Chinese medium reported.

Workers used cranes to reach the ceiling of the plant.

Tesla's Chief Executive Elon Musk said in a shareholders meeting last week that the project is moving along as planned, and that this may become the fastest car factory project ever done.