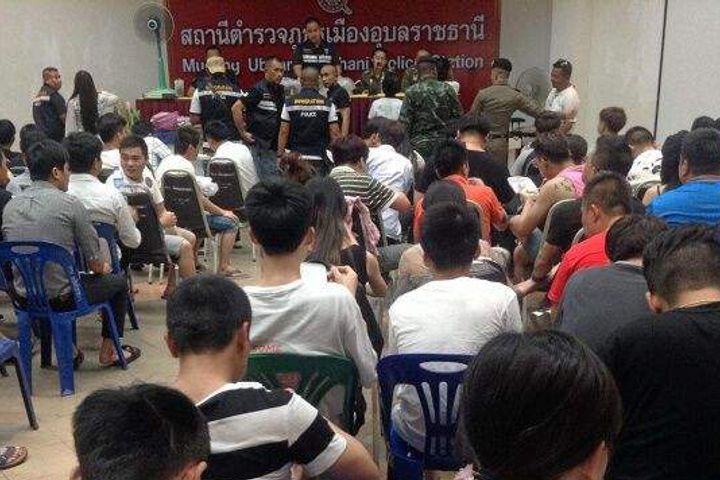 (Yicai Global) May 11 – Local police detained 166 Chinese for interrogation over their manipulation of the Chinese stock market from Thailand.

Authorities in Ubon Ratchathani, which lies near the country's border with Laos, received reports from locals May 9 that a group of young Chinese of both sexes in a three-story building were using computers in a furtive manner, news aggregator Thailand Headlines reported.

The suspects confessed a co-national had hired them to rig the Chinese stock market from Thailand and required them to follow his instructions on buying and selling at a meeting each day before exchanges opened. Thai police brought no charges against the malefactors, however, but only filed a statement, as they had all legally entered Thailand, which has no law against cross-border stock manipulation on the books.