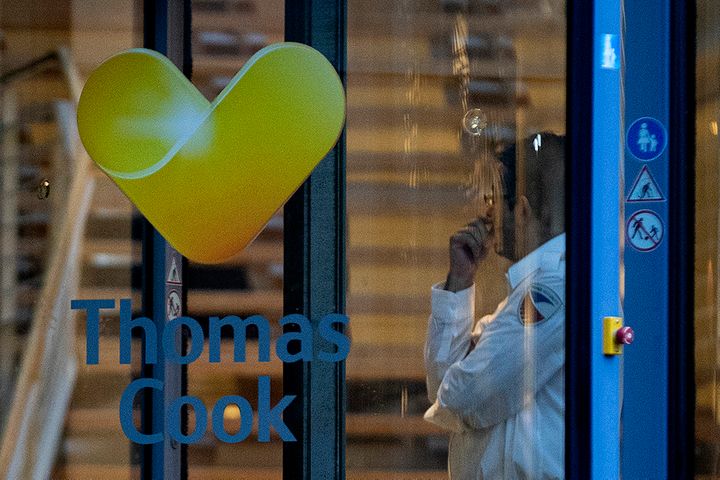 (Yicai Global) Sept. 24 -- The Chinese joint venture of Thomas Cook, the British travel giant that went bankrupt yesterday leaving hundreds of thousands of tourists stranded overseas, said it will not be affected.

It is business as usual, Thomas Cook China said via its official WeChat account yesterday, adding that the Shanghai-based company is financially stable.

But shares in its Chinese and majority investor Fosun Tourism Group [HKG:1992] have fallen for two straight days, sinking 6.6 percent to HKD9.86 (USD1.26) from their Sept. 20 closing price. The benchmark Hang Seng Index has lost 0.6 percent over the same period.

Fosun Tourism's parent Fosun International picked up a 5 percent stake in Thomas Cook in March 2015 and then shifted it to the unit, which become London-based Thomas Cook's largest shareholder after adding a further 13.1 percent holding. Fosun Tourism and Thomas Cook then set up their joint venture in October 2015, with the Chinese partner taking 51 percent.

Thomas Cook filed for compulsory liquidation after 11th-hour negotiations failed to save the 178-year-old holiday company. It owns 34 aircraft and until yesterday employed 22,000 people worldwide to operate its hotels, resorts, airlines and cruise ships in 16 countries. The heavily indebted firm has been struggling in the face of Brexit uncertainty, which has led to a decline in bookings, and higher fuel prices.

Thomas Cook ran up a GBP1.4 billion (USD1.7 billion) deficit in the six months ended March, according to its interim earnings report. The firm had over GBP1.2 billion in net debt in the same period. It has now gone into administration.

Fosun tried to bail out the company earlier this year, when it considered splitting up its various businesses. A consortium led by Shanghai-based Fosun sought to acquire at least 75 percent of Thomas Cook and 25 percent of its aviation business via a GBP450 million (USD560 million) injection. But the parties were unable to come to an agreement with creditors.

Shares of Fosun International [HKG:0656] also fell for a second consecutive trading session today. They have lost 4.2 percent to HKD10.02 each since the closing bell at the end of last week.