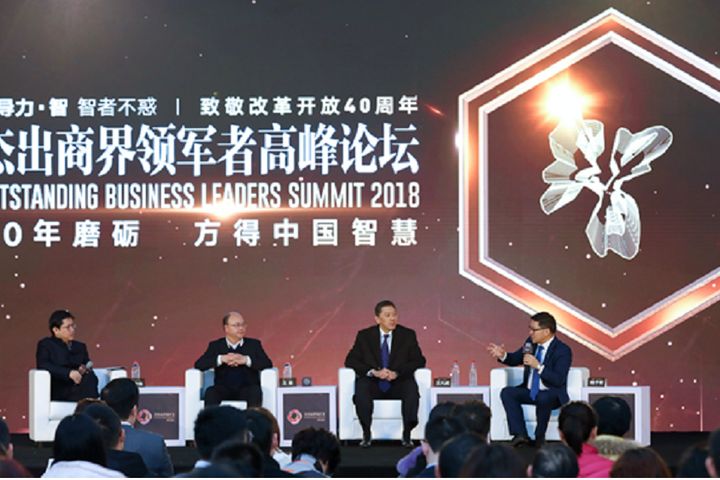 The award was one of several Yicai Media handed out at the Outstanding Business Leaders 2018 awards ceremony in Shanghai yesterday, where it aimed to shine a spotlight on some of the top entrepreneurs in China last year, a time in which the country faced a host of challenges both at home and abroad.

The latest event was the 13th year Yicai Media has held the awards, which have been hailed as China's Oscars of the business world. The selection committee adjusted the selection system and awards this year, and featured a panel of judges from Yicai Media, Fudan University's School of Management and Deloitte China, who analyzed and assessed nominees across a range of criteria.

The tech innovator award was a new addition this year, as well as the business model innovator and young business leader prizes, with the latter awarded to the best entrepreneur under 40.

This year's awards and winners were

Technologically Innovative Leader of the Year

Outstanding Talent of the Year

Business Model Innovator of the Year

Young Business Leader of the Year

Outstanding Business Leader of the Year