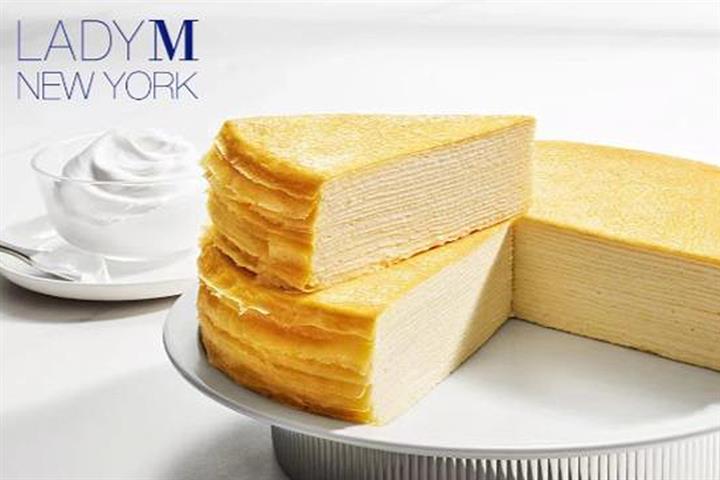 (Yicai Global) July 21 -- All outlets of Lady M Confections in the Chinese mainland run by its partner will close on Sept. 10, and the US bakery chain known for its mille crepes cakes may switch to a self-operated store model in the country later, according to a source.

Lady M may start running its own stores in China, a source close to the New York-headquartered bakery firm said to Yicai Global.

The company has requested Muxin Catering Management, the exclusive operator of Lady M in China, to close all the stores, the Shanghai-based firm wrote in a statement on its WeChat account today. A licensing agreement with Muxin had expired in April.

The American brand and the Chinese agency have different business philosophies and that may be the reason behind the fallout, the insider added. The pair needs to talk about how to share revenue as the partnership is terminated, the person added.

Lady M is planning to operate its own stores in China, American publication Bakemag reported on July 14. The company-owned retail model helps the brand reach Chinese consumers more directly, said Chief Executive Officer Ken Romaniszyn. The firm will serve its clients by having the ability to operate its boutiques to its brand standards, he added.

Lady M entered China in 2017. Consumers had to line up for as long as six hours to buy cakes when the first store opened in Shanghai that September. Meanwhile, scalpers raised prices by as much as CNY100 (USD15). But as rivalry intensified with local players, the firm closed three outlets in Beijing last year. Earlier it had had over 20 outlets across the mainland.

Bloomberg reported in June that Lady M is seeking new financing to raise USD20 million, which could boost its valuation to USD600 million.