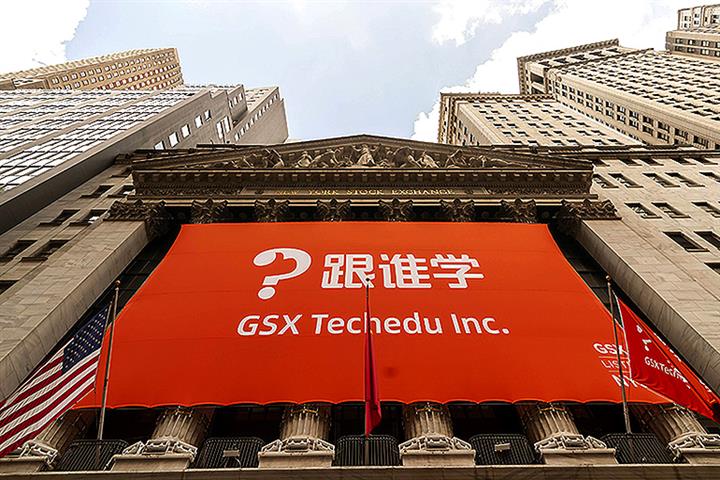 (Yicai Global) Sept. 3 -- GSX Techedu’s shares dived in New York after the online Chinese education firm said it is under investigation by the US Securities and Exchange Commission in the wake of claims leveled at it by short-sellers.

The SEC has contacted GSX, demanding it produce financial and operating records dating from 2017, according to a quarterly report the Beijing-based company released yesterday. GSX’s audit committee had also done an internal review into the key allegations with third-party counsel before the contact, it said.

“The company is cooperating with the SEC,” the company said. “We cannot predict the timing, outcome, or consequence of the SEC investigation.”

Grizzly Research, Muddy Waters, Scorpion VC and Citron have all taken potshots at GSX since February, claiming the company pads its student numbers and operating revenue and engages in extensive illegal marketing.

Third-quarter revenue at the online tutoring services provider, which targets kindergarten to 12th-grade students, is forecast to increase from 248 percent to 253 percent to between CNY1.94 billion and CNY1.97 billion.