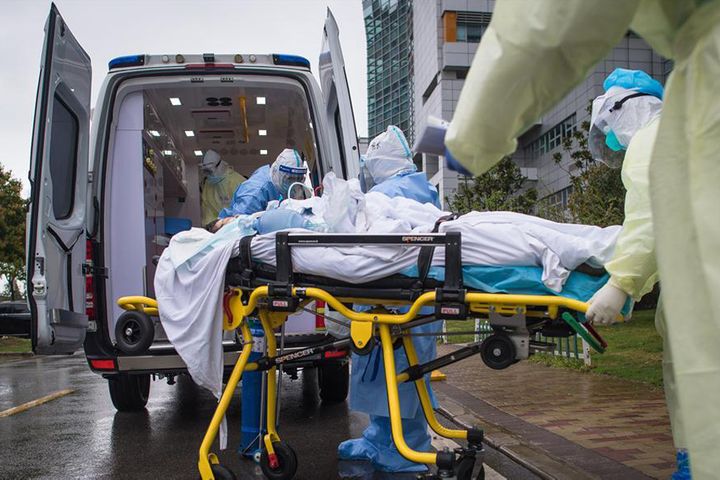 (Yicai Global) March 30 -- The average cost of treating a Covid-19 patient in China is around CNY17,000 (USD 2,400), of which nearly 65 percent of the cost is covered by national healthcare insurance, while the government picks up the tab for the rest, meaning individuals do not have to assume any expenses whatsoever.

China had settled 93,238 bills for confirmed and suspected Covid-19 patients through health insurance as of March 15, amounting to over CNY1 billion (USD141 million). Of this amount, health insurance covered the costs for 44,189 confirmed patients at a total cost of CNY752.5 million (USD106 million), said Xiong Xianjun, director of the Department of Medical Services Management of the National Healthcare Security Administration under China's cabinet the State Council.

These figures are roundly consistent with a research study the Third People's Hospital of Shenzhen published at the end of last month. The facility treated 105 coronavirus patients, mainly aged between 19 and 40 and with an average hospital stay of 11 days and average costs of CNY12,289 (USD1732), per the study.

The length of hospitalization has the greatest impact on expenditures. As it increases, the cost of beds, nursing care, treatment, examination and medicine also go up. Medical fees also rise with the patient's age, mainly because the elderly have low immunity and often have other ailments, making treatment difficult, the hospital said, per the study.

The cost of treating a Covid-19 patient with light or moderate symptoms is around CNY20,000 (USD2819), while that for severely ill patients is much higher. If extracorporeal membrane oxygenation equipment -- colloquially known as an 'iron lung' -- is needed, the cost can reach CNY400,000 (USD56,333) to CNY500,000, several hospitals told Yicai Global.

China's basic healthcare insurance extended to 1.34 billion people by 2018, with a coverage rate of 95 percent that encompassed almost the entire population. The healthcare insurance fund's total income was CNY2.14 trillion (USD301 billion) in 2018 in an annual almost 24 percent rise, according to official data.

Overall confirmed coronavirus cases on the mainland had reached 81,470 by the end of yesterday, including 2,396 patients still under treatment, 75,770 who have been discharged after recovery, and 3,304 people who have died of the disease.