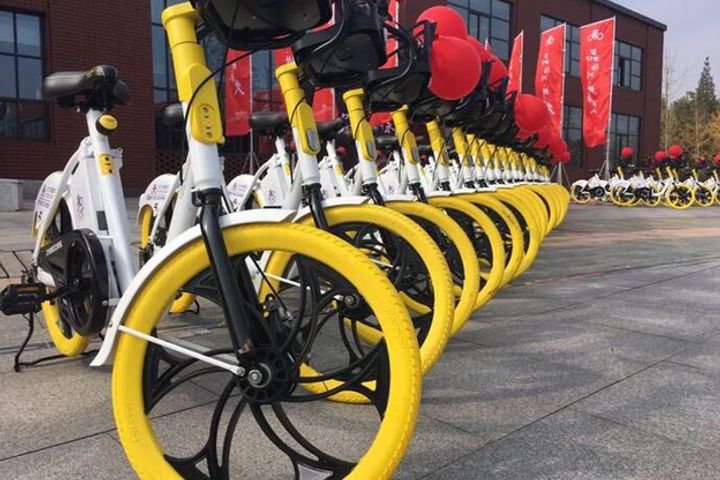 (Yicai Global) Jan. 5 -- A Shanghai bicycle maker with more than 70 years of history has secured CNY100 million (USD15.4 million) in angel investment as it tries to adapt to changing market conditions brought on by the emergence and popularity of bike-sharing in China.

Forever's bike-sharing venture will use the money to speed the rollout of services across 100 cities by 2018, covering 100 million users, news site Awtmt reported today. Forever has also signed deals with 15 cities in Europe, North America and Southeast Asia.

The advent of the sharing economy, where companies and people offer to share resources such as cars, bicycles, homes and money, is penetrating every aspect of Chinese people's lives thanks to the ubiquity of smartphones. But the 'Uber for bikes' market is a huge threat to bicycle ownership, which Forever has so far relied on.

Forever's production business is facing a crisis, said Zhou Wenming, who is president of the bicycle maker's owner Shanghai Zhonglu Group Co. and chief executive of its bike-sharing unit.

Sector giants Ofo and Mobike have been the darlings of investors as their ubiquitous bicycles spread through China's cities in the past two years, returning the country to an age when pedal power dominated. But boom has turned to bust for some in this saturated market. Bluegogo, the number three player, went bankrupt last month.

Forever's new venture is a latecomer, but the timing is good and it has government support, said a representative for Qianchuan Capital Co., which took part in the funding round. Forever launched its bike-sharing business last May.

Founded in 1940, Shanghai Forever Co. became one of the earliest listed bicycle makers in China in 1993. Zhonglu Group bought it in 2001 and renamed the firm Zhonglu Co. Forever's bike-sharing unit and Zhonglu Co. own the Forever brand together. The Shanghai government hopes to see the brand survive, Zhou said.