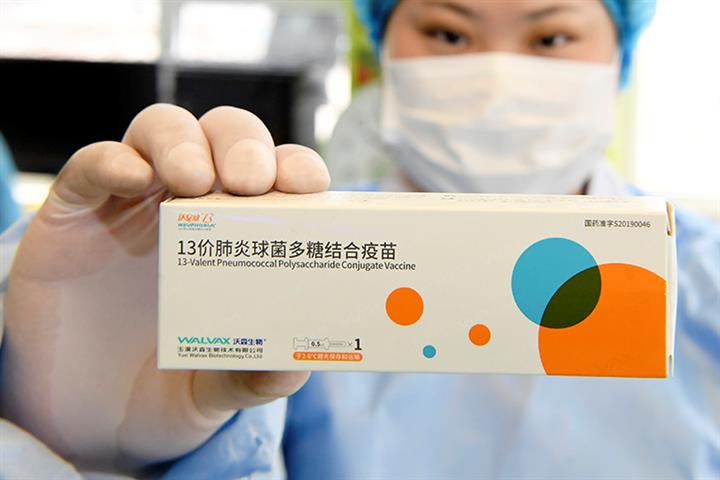 (Yicai Global) May 20 -- A children’s vaccine for pneumococcus bacterial infections developed by Walvax Biotechnology has been released onto the market in China, bringing to an end the monopoly held by US pharma giant Pfizer.

The 13-valent pneumococcal conjugate shot, used in the treatment of 13 common infections caused by streptococcus pneumonaie bacteria such as pneumonia, meningitis, sepsis and bacteremia, is suitable for children over the age of six weeks and under six years and should play a major role in preventing these illnesses among the young, China Internet Information Center’s web portal reported today.

Kunming-based Walmax will be able to supply 100 million doses of the vaccine in the first half of this year, the report said, citing Vice Chairman Huang Zhen. The main target group is the under fives, who accounted for 80 percent of these infections in 2018. But the projected vaccination rate of pneumococcal jabs is under 5 percent in China.

Until now, the only such vaccines available worldwide were produced by Pfizer. New York-based Pfizer’s product entered the Chinese market in 2016 and it was at that time the only treatment that could prevent pneumonia in babies and children.

Walvax’s share price [SHE: 300142] hit an all-time high yesterday of CNY45.50 (USD6.40). Today it closed down 3.5 percent at CNY42. The shares have gained 50 percent since the end of March, on high expectations among investors for new vaccines.