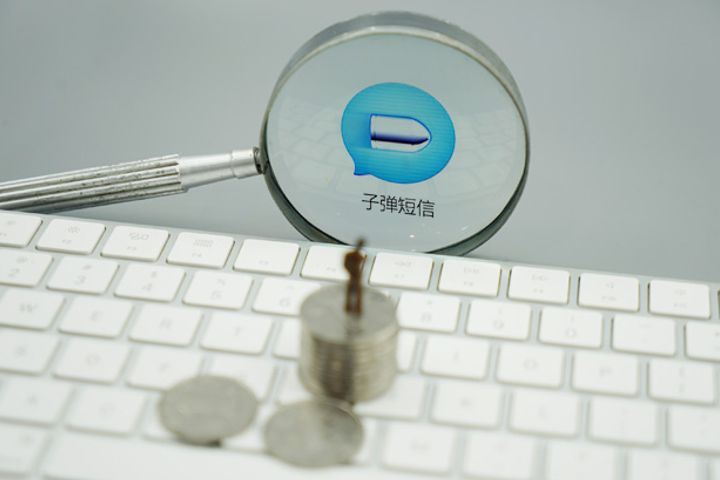 (Yicai Global) Aug. 28 -- A new instant messaging app called Zidan Duanxin has climbed to the top of a list of free downloads on Apple's App Store in China, potentially shaking up a sector long dominated by Tencent Holding's WeChat.

Eight years after the launch of WeChat, which has morphed into a platform that integrates social networking, online payments, games and other apps, Zidan Duanxin is causing a stir. Kuairu Technology, the Beijing-based company behind the new app, may even be poised to add Alipay, Ant Financial's third-party payment platform and rival to WeChat Pay.

"Is Zidan Duanxin considering letting Alipay join?" one netizen asked after installing the app. "If so, it won't be long before I uninstall WeChat." Alipay may soon be integrated into Zidan Duanxin, replied Luo Yonghao, chief executive at Smartisan, the investor behind the new app. But uninstalling WeChat isn't a plausible move, he added.

Zidan Duanxin is still far from outpacing WeChat, but its initial success shows how Tencent's social media veteran may be losing some of its client base to purely message-based options, while trying to stretch to cover all aspects of online life from games to news coverage.