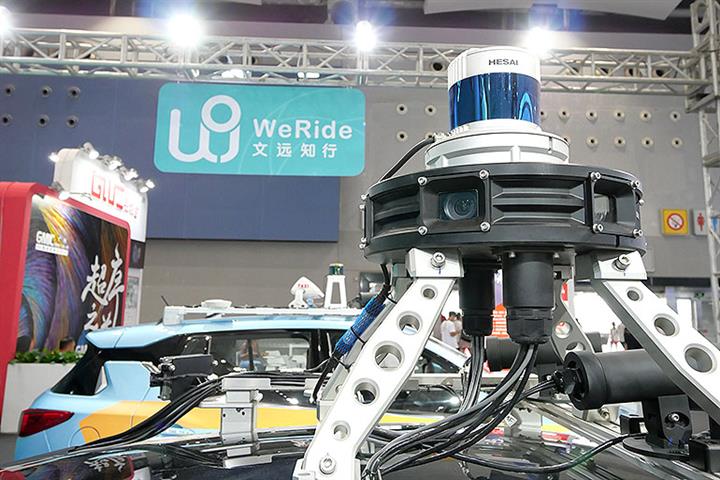 (Yicai Global) May 13 -- WeRide said its valuation has risen to USD3.3 billion after the Chinese autonomous driving startup wrapped up its latest fundraiser just four months after a previous financing round.

WeRide has raised hundreds of millions of US dollars in a C round fundraiser thanks to China’s IDG Capital and Costone Capital, Singapore’s K3 Ventures and prior investors such as Chinese media giant CMC’s venture capital arm, the company said on its social media WeChat account today.

Guangzhou-based WeRide completed a USD310 million B round fundraiser in January, led by Henan province-based business vehicle maker Zhengzhou Yutong Bus and others.

“The advantages of WeRide’s driverless technology platform are becoming increasingly obvious,” said founder and Chief Executive Han Xu. “We have not only conducted a comprehensive trial operation of Robotaxi in Guangzhou but also successfully rolled out a new product Mini Robobus, attracting more investment in the autonomous driving field.”

The latest funding will go to expand operations and maintain WeRide’s leading position in the development and commercial innovation of self-driving technology, the company said.

The Robotaxi service has served over 60,000 customers with more than 147,100 trips made in the first year of operations without any accidents, WeRide said in December.

Founded in 2017, WeRide is backed by the Renault-Nissan-Mitsubishi Alliance and is developing level-4 driverless technologies that need human intervention only in an emergency.