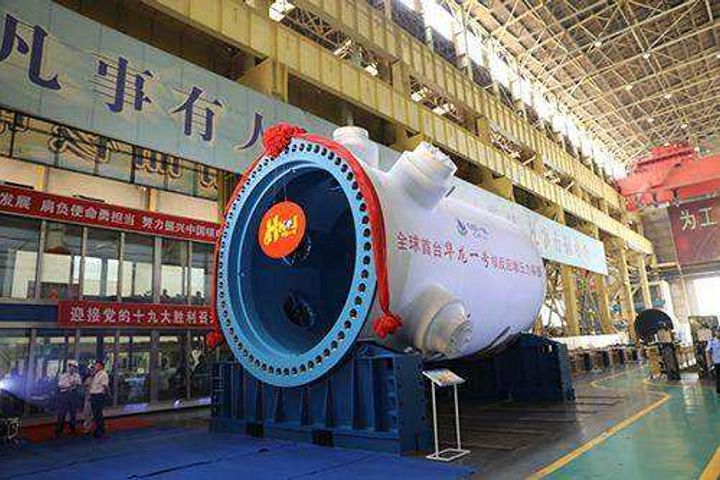 (Yicai Global) Aug. 22 -- China First Heavy Industries (CFHI) [SHA:601106] has completed the construction of the pressure vessel supplied to China National Nuclear Corporation (CNNC) for the No. 5 nuclear reactor of its nuclear power plant in Fuqing in southeastern province of Fujian.

Construction on the No. 5 power generator of CNNC's Fuqing nuclear plant began in May 2015 and a dome was installed in May this year, meaning the plant is ready for equipment installation.

The Fuqing nuclear plant is designed to have six pressurized water reactor generating units each with an installed capacity of several gigawatts. No. 1, No. 2, No. 3 and No. 4 units adopt second-generation improved, mature nuclear technology, while No. 5 and No. 6 units use Hualong One, the third-generation nuclear technology with China-owned intellectual property.

The six power generators at the Fuqing nuclear plant are expected to become fully operational by 2021, with annual electricity output equivalent to half of that of the Three Gorges Dam, the world's largest power station by installed capacity.