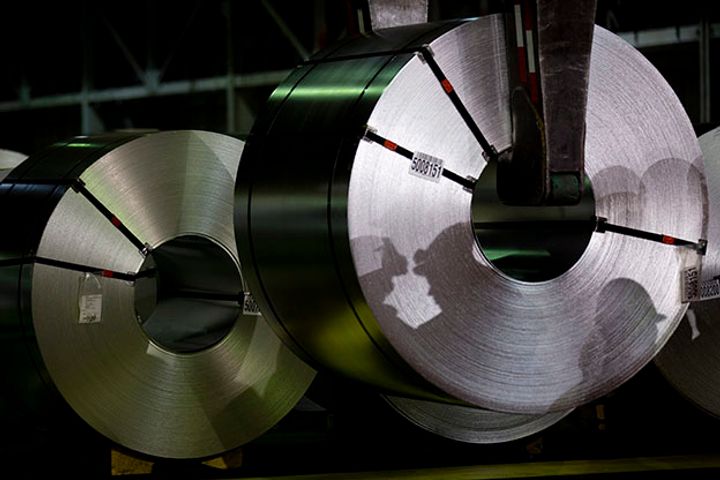 (Yicai Global) Oct. 31 -- Seven members of the World Trade Organization, including China and the European Union, believe US tariffs on steel and aluminum imports are protectionist and must be investigated by the international trade body for possible violation of WTO provisions.

Arguments based on national security are an excuse for the US to protect its domestic firms and violate the provisions of the WTO Agreement on Safeguards and the 1994 General Agreement on Tariffs and Trade, state-backed news agency Xinhua reported yesterday, citing China's representative at the closed-door meeting of the WTO's Dispute Settlement Body two days ago.

The group, which also comprises Canada, Mexico, Norway, Russia and Turkey, called for the WTO to form a team of experts to review the issue. The US opposed the request.

The Trump administration imposed 25 percent levies on imported steel and 10 percent on aluminum on March 23. Similar measures followed for the EU, Canada and Mexico on June 1.

Canada's representative said his country did not understand how the export of aluminum and steel to the US could threaten national security and expressed concerns over how US actions could damage the integrity of the global trading system. Norway's delegate said that the US measures have clearly betrayed its commitments under the multilateral trading system.

At Monday's meeting, the US representative asked for an expert team to look into China's measures on intellectual property protection. China's delegate said US accusations in that regard lacked facts and were utterly groundless.