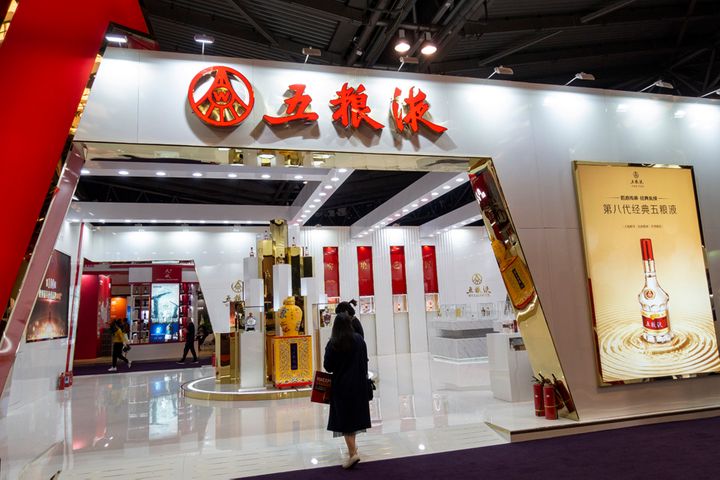 Wuliangye to Open Liquor Stores in Wanda Plazas Across China

(Yicai Global) Nov. 19 -- Chinese property developer Dalian Wanda Group and Wuliangye Group have struck a deal under which the liquor-making conglomerate will open a store in the former's Wanda Plaza shopping malls nationwide.

The first stores will open in Beijing, Shanghai, Chengdu, Xi'an and other cities in 2020, Wanda said on WeChat. The pair penned the deal in the Chinese capital yesterday at a signing ceremony that drew the attendance of renowned billionaire and Wanda Chairman Wang Jianlin and his counterpart at Wuliangye, Li Shuguang.

The preliminary batch of outlets will be experience centers that combine sales with the opportunity to try out liquors, the post added. The pair will also cooperate in media, sports, store construction, alcohol, cultural tourism, and other sectors, it continued, saying they will also conduct native advertising in films and television shows and sponsor sports events.

Wanda is a Beijing-based multinational with interests in real estate, commercial property management, entertainment and sports. In 2018, its assets tallied nearly CNY626 billion (USD89 billion) and it earned CNY214 billion in revenue.

Hailing from Sichuan province, Wuliangye focuses on its liquor but also engages in manufacturing, logistics, pharmaceuticals, rubber and photoelectric glass. It made CNY9.3 billion (USD1.3 billion) in net profit last year, up 31 percent as revenue climbed 26.5 percent to CNY27.2 billion.