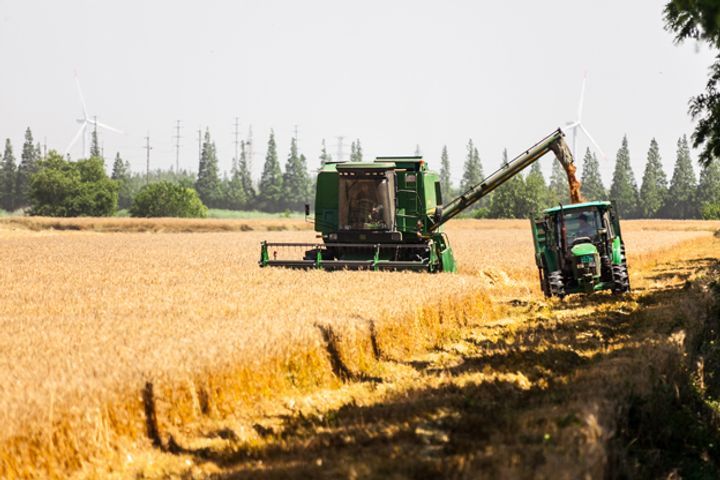 (Yicai Global)Dec. 14 -- Xi Jinping, general secretary of the Communist Party of China (CPC) Central Committee, presided over a meeting of the committee's Political Bureau Thursday, which studied the economic work for 2019 and made plans for building good conduct and political integrity within the CPC as well as fighting corruption.

Members of the Political Bureau heard a work report from the Central Commission for Discipline Inspection (CCDI) of the CPC at the meeting.

In 2018, China maintained sustained, healthy development of its economy and stability in social order amid a complicated international environment and the arduous tasks involved with domestic reform, development, and stability, according to a statement released after the meeting.

The People's Republic of China (PRC) will mark its 70th founding anniversary in 2019, a pivotal year for securing a decisive victory in finishing the building of a moderately prosperous society in all respects, the statement said.

Next year, the country should uphold the underlying principle of pursuing progress while ensuring stability, adhere to the new development philosophy and push forward high-quality development, it added.

China should continue to take pursuing supply-side structural reform as the main task, deepen market-oriented reform, expand opening up at a high level, and speed up the building of a modernized economy, according to the statement.

Efforts should also be continued to fight the "three tough battles" of controlling risks, reducing poverty and tackling pollution, stimulate the vitality of micro entities, and meanwhile innovate and improve macroeconomic regulation.

By maintaining continuous and healthy economic growth and overall social stability, the country will "lay the decisive foundation for finishing the building of a moderately prosperous society in all respects, and celebrate the 70th anniversary of the founding of the PRC with excellent results," the statement said.

The meeting stressed that changes in the international environment and domestic conditions should be looked at dialectically, urging the Party to be prepared for potential adversities.

The country should continue to seize the important period of strategic opportunity for development and manage its own affairs with firm confidence and initiative, according to the meeting.

The statement said efforts should be continued next year to fight the "three tough battles."

It is a must for the Party to improve its ability to lead economic work, according to the statement.

Since the 19th CPC National Congress, a sweeping victory has been won in the fight against corruption and major outcomes achieved in exercising full and strict governance over the Party, said the statement.

However, the anti-corruption fight remains grave and complex, and the strict governance over the Party remains a long and arduous task, the meeting noted, stressing strict discipline must be adhered to on a long-term basis.

Action should be taken to fight the practice of formalities for formalities' sake and bureaucratism, and ensure the implementation of the major decisions and plans of the CPC Central Committee, said the statement.

The meeting called for efforts to develop new systems and mechanisms for disciplinary inspection and supervision, make groundbreaking innovations in regular and long-term supervision, and address the corruption that occurs on the people's doorsteps.

Xi was briefed on the work of the CCDI for 2018 and preparations for the upcoming third plenary session of the 19th CCDI of the CPC, which is scheduled for January 11 to 13, 2019.