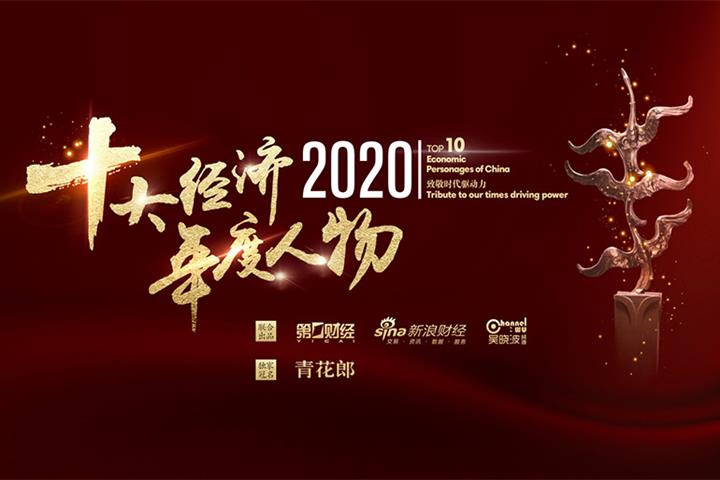 It is the sixth year that the awards have been made based on institutional recommendations and public voting.

In recent years, links between the world's major economies have been unstable and profoundly changed, according to Yang Yudong, editor in chief of Yicai Global. So the 2020 awards focused more on core technological competitiveness, industrial chain advantages, and independent innovation.

Long-term strategy is increasingly important, both for companies and investors, and that is also reflected in the awards, Yang said, adding that there is “more confidence in Chinese companies and entrepreneurs.”

Last year was a big test for business leaders, said Sina's Senior Vice President Deng Qingxu. Time gives young people the chance to excel and veterans the chance to regenerate, and only those who pass this test can be excellent entrepreneurs, he added.

“In the face of huge challenges, China's entrepreneurs stepped out of their comfort zones to embrace change,” said Wu Xiaobo, chairman of the judge’s committee and a famous writer on finance and economics.

In the past five years, China's economy has gone through a lot of changes, and the pandemic caused a lot of unexpected events, he added. But China's economic system has withstood enormous internal and external pressures and it is likely to be the only major economy that grew last year, Wu said.