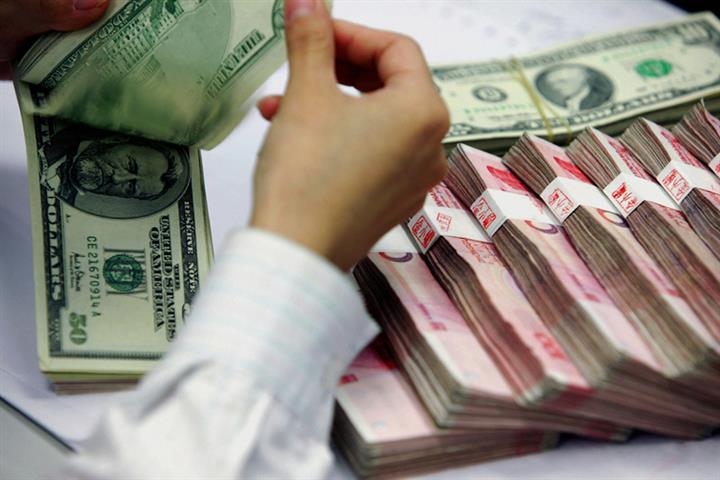 (Yicai Global) Oct. 15 -- The Chinese yuan’s recent appreciation against the US dollar has been relatively moderate and reflects China’s positive economic prospects, according to the central bank.

The International Monetary Fund has restated its belief that the country will be the only major economy to grow this year, Sun Guofeng, director of the monetary policy department at the People’s Bank of China, told the press yesterday.

The IMF raised its annual growth forecast for the world’s second-largest economy to 1.9 percent, from an earlier 1 percent prediction, in its flagship quarterly World Economic Outlook report published on Oct. 13. The Washington-based organization also partly attributed its downgrading of the damage wrought on the global economy by the coronavirus pandemic to China’s faster-than-expected recovery.

China took the lead in controlling the Covid-19 outbreak and getting its economy back on track, Sun said.

Exports are good and long-term foreign capital, including from other central banks, is flowing into yuan assets in an orderly fashion, Sun said, adding that it is normal for the redback to appreciate based on market supply and demand.

The yuan’s spot rate against the dollar has appreciated by 3.5 percent since the start of the year. On Oct. 12, the PBOC cut a reserve requirement ratio for financial institutions when they do some forward foreign exchange trading to zero in order to brake the currency’s advance.

The central bank will continue to maintain the flexibility of the exchange rate, keep it basically stable at a reasonable and balanced level, and steady market expectations, Sun said.

He also reiterated that China has a neutral monetary policy, and its interest rates are consistent with the country’s economic fundamentals.

Developed economies are pursuing quantitative easing, so the interest rate differential with China remains relatively wide. That stems mainly from a zero or negative interest rate environment outside of China and is the result of market operations, Sun said.