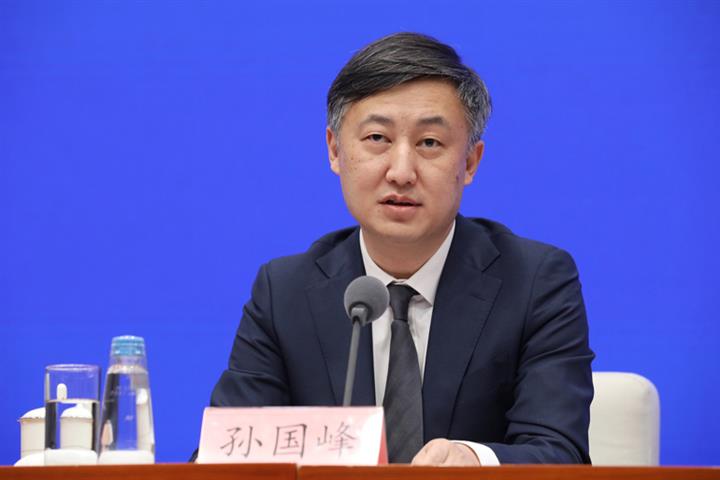 (Yicai Global) April 2 --Neither the US central bank's massive monetary stimulus provided last year nor the future monetary policy adjustments have a significant impact on China's financial market, according to a Chinese central bank official.

The Federal Reserve's adjustments affected China only slightly, Sun Guofeng, director of the monetary policy department at the People’s Bank of China, said at a press conference yesterday.

China’s future monetary policy must be stable, said Sun. The policy returned to normal last May, which helps advance social development amid the country's efforts to control the Covid-19 pandemic and avoid overstimulation, he added.

The PBOC is happy to see other economies’ efforts to bring their monetary policies back to normal, which will promote the long-term healthy development of the global economy, he said.

The stimulus has been driving up inflation. In mid-March, the 10-year US Treasury bond yield exceeded 1.75 percent, driving the greenback to appreciate. The US Dollar Index has climbed about 3.6 percent from early this year, causing higher debt repayment and refinancing risks in some emerging economies and thus greater currency devaluation pressures. Some economies have proceeded by raising their interest rates, resulting in fluctuations in the financial markets.

The Asian country was the world’s only major economy to achieve economic growth in 2020 and one of the few developed economies that adopted "normal" monetary policies, which promoted the global economic recovery and supported other major economies to normalize their policies, said Sun.

The nation’s financial market has been running steadily against the backdrop of great fluctuations in the global markets, especially in emerging economies, said the official. The yuan's exchange rate is floating both ways, and the yield of China's 10-year Treasury bonds is now around 3.2 percent, lower than earlier, he added.

China will keep a close eye on changes in the international financial situation, make the yuan's exchange rate more flexible, and maintain its leading position in macroeconomic policies, Sun concluded.