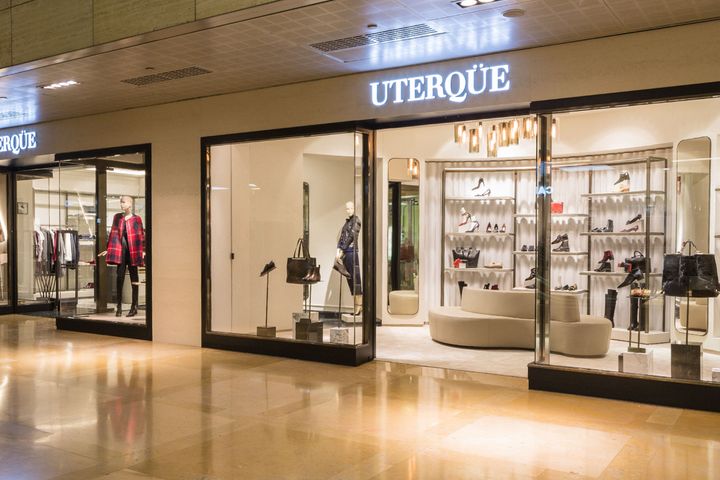 The speed with which these new products come onto the market is the same as occurs globally, with new arrivals every week. The outlet now has more than 300 of these goods on sale, online news portal Jiemian reported.

Uterque, Inditex's youngest brand, was established in 2008. The name comes from a Latin word meaning 'each of two.' Its main business is handbags, shoes, leather, products, scarves, glasses, umbrellas, hats and other fashion accessories. It also sells clothing and leather garments. Uterque has over 80 stores in 16 countries and regions, public information shows.

Inditex is starting to pay more attention to e-commerce channels. Since its introduction in 2011, its online business has spread to 47 countries and regions around the world. Its e-commerce channel sales rose by 41 percent in the fiscal year ending Jan. 31, making up 10 percent of its total revenue of about EUR2.53 billion (USD2.9 billion).

E-sales are becoming its most important growth driver. Uterque has not yet opened any offline stores in mainland China, but already has plans to do so.