Which Sectors Are Hurt Most by Covid-19 Pandemic in Shanghai? 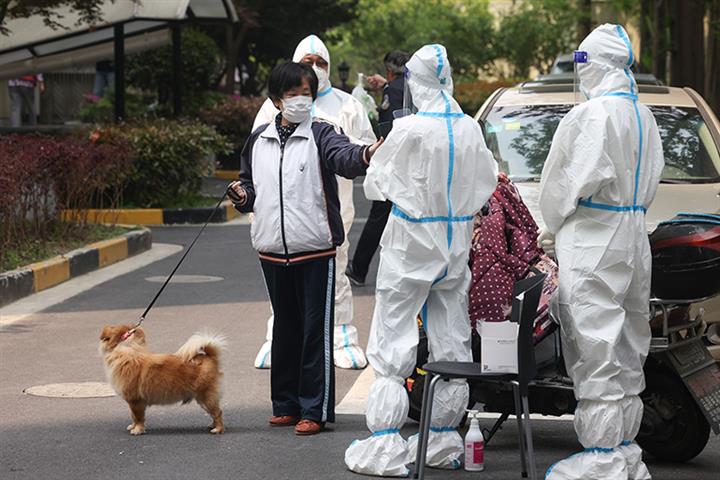 Which Sectors Are Hurt Most by Covid-19 Pandemic in Shanghai?

(Yicai Global) April 22 -- As several enterprises in Shanghai have suspended production and transport is slow amid the eastern city's latest wave of the Covid-19 pandemic it is interesting to predict which industries will be most affected.

This article analyzes which parts of Shanghai's economic activity will take the biggest hit during the city's phased lockdowns since late March. It will examine a regional input-output table for 2017 released by Carbon Emission Accounts and Datasets.

Shanghai is strong on the demand side while production and service providers in Jilin, and Zhejiang provinces, as well as Beijing, depend on the eastern megalopolis for demand, the data show. Shanghai’s demand accounted for 1.8 percent, 1.2 percent, and 0.9 percent of these three regions' outputs, respectively.

Zhejiang province is another key partner. Its non-metallic minerals industry depends on the demand stemming from Shanghai as the related portion was 28.5 percent of the total.

Shanghai is also making products that are needed by other regions.

Goods and services made in Shanghai are mainly used by Beijing, Xinjiang, and Zhejiang. The eastern city's ratio of the tally was 2.3 percent in Beijing, 2.1 percent in the Xinjiang Uygur Autonomous Region, and 1.8 percent in Zhejiang.

Beijing’s technical services, transportation equipment, and healthcare sectors all rely on inputs from Shanghai. Among them, Shanghai's inputs are 4.3 percent of the total in the technical service industry.

Another industry in the spotlight is equipment manufacturing in Xinjiang. Shanghai-made goods make up 7.1 percent of the total in this field in the western region.

When it comes to nationwide demand data, Shanghai relies on machinery repair, leasing of commercial services, transportation, and warehousing outputs coming from other regions. The city's portion of outsourcing in these fields is 11 percent, 7.9 percent, and 5.1 percent, respectively.

As a supplier, Shanghai is most revered for its input in leasing commercial services, transportation equipment, and machinery repair. The main field is leasing commercial services as Shanghai’s ratio of nationwide inputs is as high as 6 percent. Meanwhile, in the transportation equipment industry, the ratio is 5.2 percent, and that in the machinery repair industry is 4.8 percent.

(Lu Zhengwei is a chief economist at the Industrial Bank, and Guo Yuwei is a macro analyst at CIB Research.)

Guo Yuwei
Which Sectors Are Hurt Most by Covid-19 Pandemic in Shanghai?