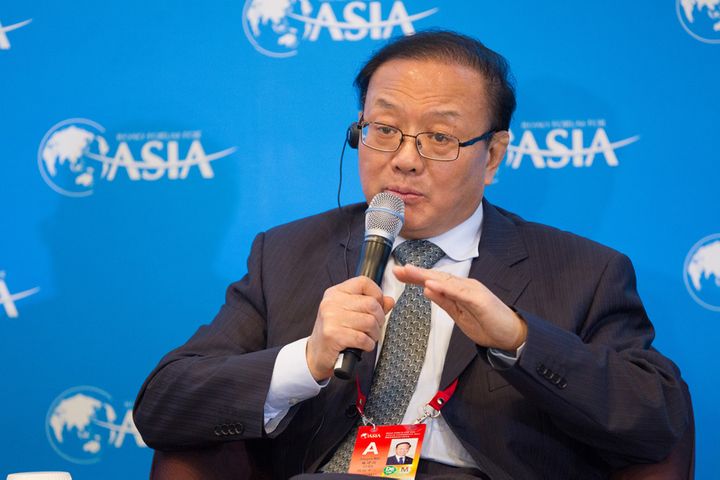 (Yicai Global) Aug. 27 -- Countries worldwide are striving to improve their business environment, but not many of them are adopting a comprehensive opening-up policy like China.

Foreign direct investment in China was CNY533 billion (USD75 billion) from January to last month, up 7.3 percent from a year ago. This is a remarkable achievement for the country against the backdrop of global FDI falling for three years in a row.

These headquarters have promoted the firms' plans of settling their R&D, design and logistics centers in China as an incident to their operations in the country. Multinationals' regional headquarters make up 1.34 percent of all foreign companies in Shanghai and have achieved great business results by contributing 10 percent of total operating revenue, 17 percent of total profit, 12 percent of total tax payments and more than 6 percent of total employees, according to foreign firms' annual reports for last year. The Shanghai Pilot Free-Trade Zone extension that opened in the city's Lingang New Area on Aug. 20 is expected to attract even more worldwide headquarters.

Notwithstanding the above, Shanghai must stay alert to the gap between it and the world's other advanced cities. Shanghai has 696 headquarters, but Singapore has 1,200, while Dubai in the United Arab Emirates has 2,146, Rotterdam in the Netherlands has more than 800, and the US has over 8,000.

China holds three major advantages as a home for corporate headquarters. First, companies want to locate their nerve centers in a big consumer market, and China is certainly that. Second, China has formed industrial chains, supply chains and service chains, and has the world's largest industrial scale and its most diversified manufacturing industry. Third, companies hope the city they choose is where national ministries, financial businesses and manufacturing industries and innovative research centers cluster. Beijing, Shanghai, Shenzhen, Guangzhou and Nanjing all have these edges.

China must overcome three major misunderstandings to attract more global firms' headquarters. The first misunderstanding is a greater focus on foreign companies than private Chinese firms. The second is paying more attention to economics and trade than finance, culture, education, medical care and tourism services. The third -- and this is a very important point -- is neglecting future development. Companies in the US' Silicon Valley, for example, grow via fostering young businesses. These three mistaken approaches are conspicuous in all Chinese cities in terms of their headquarters economies.

China must make up for three shortcomings in the next phase. First, the Chinese government must pay more attention to and provide more support for headquarters and value not only their quantity, but also their reasonable positioning. Companies' headquarters will bring R&D, industrial design, global logistics and asset control centers. The country must provide omni-directional support, including at the environmental level. The governments of Ireland and the Netherlands, for example, offer great support for their headquarters economies.

Third, China must hike its market expectations for the global headquarters economy. The market values continuous and stable policies, so the country will attract more firms to set up headquarters in China if it strengthens the execution of its opening-up policies.

China will be companies' preferred location for their headquarters in five years if the country makes good use of its advantages and overcomes its weaknesses.

Wei Jianguo is a former vice minister of commerce and vice chairman of the China Center for International Economic Exchanges. He made these remarks during the recent 2019 Headquarters Enterprise Development Forum held in Beijing.