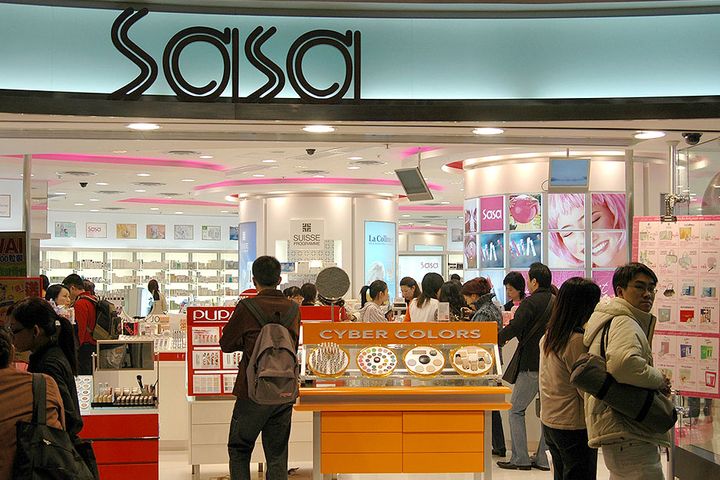 (Yicai Global) Jan. 20 -- Hong Kong's Sa Sa International Holdings, which runs the eponymous beauty and healthcare retail chain, plans to shut as many as a quarter of its stores in the city amid tumbling sales as Chinese mainland shoppers spend their money elsewhere.

Sa Sa intends to close stores that are mainly located in tourist destinations over the next 18 months, according to a statement the company released last week.

Its sales in Hong Kong and Macau fell 35.2 percent in the quarter ended December from a year earlier, according to the firm's latest earnings results. The Hong Kong outlets performed particularly badly, with sales shrinking almost 50 percent in the third quarter as ongoing civil unrest discouraged visitors from the mainland. Last month, Sa Sa also closed 22 outlets in Singapore after suffering losses there for six years in a row.

The company is taking steps to cut costs to maintain competitiveness and restore profitability as there is no sign of the tough operating environment easing, it said.

The discounter sells cosmetics, personal care and baby care products in Hong Kong, Macau, the China mainland, Singapore, Malaysia and Taiwan. In November, it reported a HKD36.5 million (USD4.7 million) loss for the first half of fiscal 2019, the company's first for a half year since going public in 2006.

Sa Sa's Hong Kong and Macau stores saw a 50.8 percent drop in mainland buyers and a 9.1 percent fall in local customers between October and December, contributing to a fall of 35.2 percent in sales from a year earlier. On the upside, its Macau outlets saw a gain of 18.6 percent over the same period as some mainlanders turned to the special administrative region to do their shopping.

Overall sales slumped 27.3 percent year on year between October and December last year to HKD1.6 billion (USD206 billion), while earnings in the first three quarters of fiscal 2019 were down 19 percent from a year earlier to HKD5.1 billion (USD656 million), Sa Sa said.