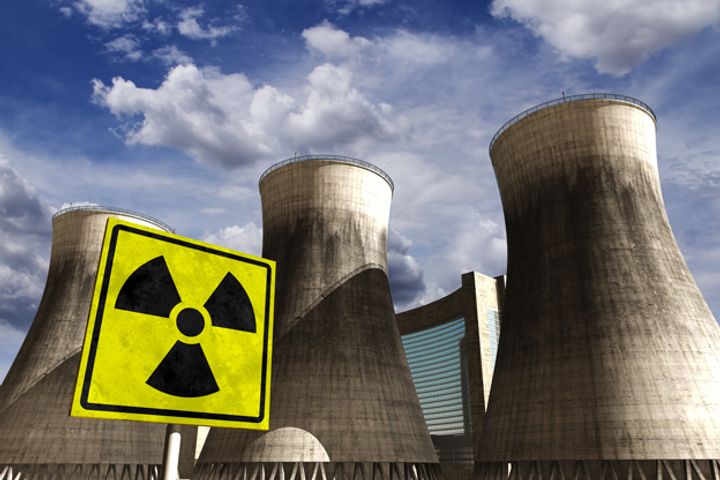 (Yicai Global) Feb. 1 -- "Since China General Nuclear Power Corporation (CGNPC) signed a package of agreements with EDF (Electricite De France) and the UK government on a UK nuclear power project, all relevant tasks have been moving steadily in the right direction. Thus far, 15 Chinese enterprises have passed the pre-qualification process for the Hinkley Point C project, and seven enterprises are taking part in subcontracting."

Chinese Premier Li Keqiang and UK Prime Minister Theresa May, who is visiting China, met yesterday with representatives from companies attending the China-UK Entrepreneur Committee. CGNPC chairman He Yu gave a speech on behalf of Chinese firms in which he told the two leaders of the progress that China has made in its largest investment scheme in the UK, and indeed in Europe.

Since the signing of the UK nuclear power project agreement, all relevant tasks have been carried out steadily and in an orderly manner. CGNPC has invested GBP1.7 billion (USD2.5 billion) up until now. The Hinkley Point C project is advancing smoothly, with personnel busy at work there. The construction site's overall area, equal to 245 soccer fields, makes it Europe's largest construction, He noted in his address.

"CGNPC will actively share its experience in erecting the world's first European Pressurized Reactor (EPR) in Taishan, Guangdong and work with EDF to manage project investment and progress control, striving to set a good example for global nuclear power engineering."

The early-stage preparations for the Sizewell C project and Bradwell B project are also progressing steadily. Geological surveying for suitability of the planned factory is now underway for the Bradwell B project. On another front, the UK's Generic Design Assessment of China's Hualong One project -- which broke ground last January, has now entered phase II and is steadily advancing. It is expected to enter phase III at the end of this year.

Total installed capacity of nuclear power facilities being delivered and constructed by CGNPC is 32 million kilowatts. CGNPC is China's largest and the world's third-largest nuclear power concern. CGNPC and EDF signed the UK Nuclear Power Project Investment Agreement in the presence of the two countries' heads of state during President Xi Jinping's visit to the UK in October 2015. CGNPC signed a whole package of nuclear power cooperation agreements with the UK government and EDF in September 2016, including the final investment agreement for Hinkley Point C, which marked the actual start of the atomic power project.