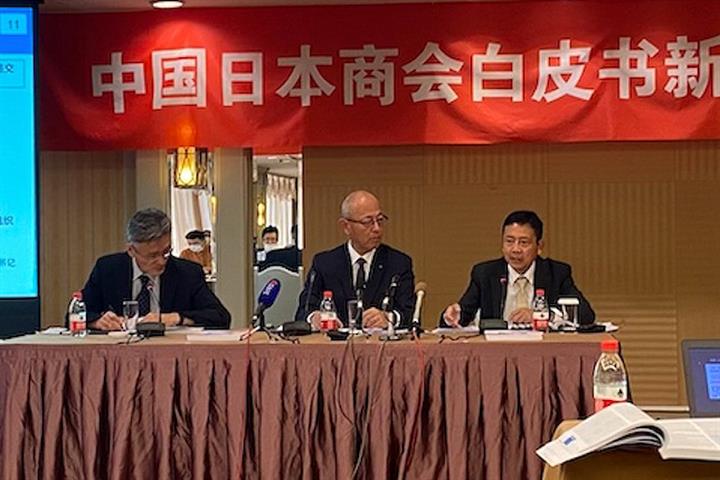 1,700 Japanese Firms Seeking Homecoming Subsidy Are Not All in China, JETRO Says

(Yicai Global) Sept. 17 -- The more than 1,700 Japanese companies reportedly seeking their country’s financial help to repatriate operations are not just those exiting China, according to the Beijing-based head of a key Japanese trade and investment promotion agency.

The companies involved are also based in other nations, Takeo Donoue, director-general of the Beijing Office of the Japan External Trade Organization, told Yicai Global yesterday. Moreover, the Japanese government does not require Japanese-funded firms to return from overseas, he added.

Japan’s government offered allowances to Japanese firms moving away from China in measures it issued in March to deal with the pandemic. More than 1,700 have filed for subsidies worth JPY1.76 trillion (USD16.8 billion) and two rounds of applications have already ended, news site Japan Forward reported previously.

The policies not only target withdrawals, but also deal with transfers of production facilities and the reconstruction of plants in Japan, Donoue said.

So the headline figure is not only for China, but for the world, and not only for withdrawal scenarios, but also for those firms that decide to set up new factories in Japan, he added.

If companies concentrate their industries all in one place, this will definitely lead to fragility and instability, Donoue noted. Japan’s policies are aimed at encouraging its companies to diversify their supply chains, not urge those abroad to return.

The authorities in Japan have no notion of exerting influence on the operations of private businesses, but have a policy of providing subsidies according to the situation of each. Companies make judgments based on their own operations, Yoshinori Ogawa, head of Tokyo-based Marubeni’s trading and investment operations in China, told Yicai Global.

More than half of the companies it canvassed last year had no plans to change the scale of their business in China, Ogawa said. Of those JETRO asked whether they have considered or implemented plans to move factories out of China, just 9.2 percent answered ‘yes,’ he added.

According to a survey JETRO conducted among Japanese companies in China last summer in the direction of business development in the next one to two years, 43.2 percent said they would expand business, while 50.6 percent chose to “maintain the status quo,” according to the 2020 White Paper on the Chinese Economy and Japanese Enterprises that JETRO published yesterday.