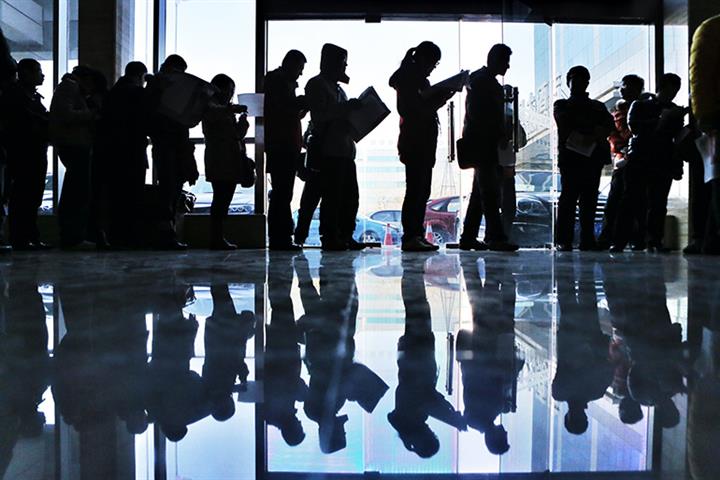 (Yicai Global) Jan. 13 -- As China's economy becomes more digitized and automated, as many as 220 million workers, 30 percent of the country’s workforce, may need to retrain and change jobs by 2030, according to a new report.

“China’s next challenge is to transform education and skills development to deliver the talent needed for an innovative, digitized, postindustrial economy,” according to report released by US management consultancy firm McKinsey & Company yesterday.

Between 22 percent and 40 percent of migrant workers’ jobs could be at risk from automation, the New York-based agency said. There were 291 million workers from the countryside in Chinese cities in 2019 and this could reach 331 million in 2030 as the country continues to urbanize.

“Particular attention needs to be given to helping migrant workers make necessary transitions,” McKinsey said. China needs to move beyond schools to set up a skills development training program that is widely available in both urban and rural areas, it added.

The new system is likely to cover three times as many people as are enrolled in the education system today by 2030, McKinsey said.

"China could seek to craft a system that is available 24/7 through far expanded use of digital technologies, and that could even be mandatory for workers, in other words, “opt out” rather than “opt in”," the report said.

Public-private partnerships could be encouraged to fill the gap between available skills and those needed by employers. E-commercial giant Alibaba Group Holding and the Hangzhou Normal University, for example, have founded the Alibaba Business School, which offers four bachelor's degrees.