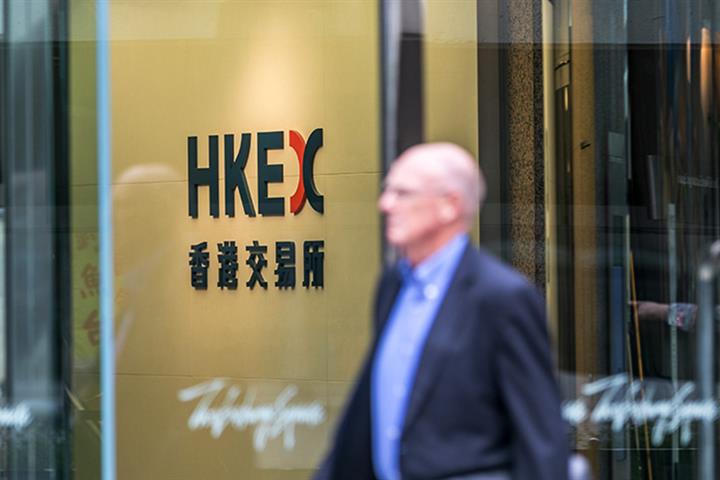 (Yicai Global) June 11 -- Some 42 US-listed Chinese companies, known colloquially as concept stocks, would be eligible for a secondary offering in Hong Kong as Washington ratchets down on regulations governing foreign companies looking to float in the States, according to a UBS analyst.

These companies are worth 46 percent of the combined market cap of all concept stocks, Zhu Xiaowei told Yicai Global, adding that global asset managers would be happy to maintain positions in new economy enterprises going public in Hong Kong. Existing shareholders would be able to convert their US holdings into Hong Kong shares, excluding funds and individuals restricted to owning US-based securities, he added.

The US Senate passed a bill last month to require companies listed in the country to prove that they are not “owned or controlled by a foreign government” and to adhere to stricter audit requirements, a move that could squeeze out a number of Chinese firms.

Most US-listed Chinese companies are engaged in tech and consumer goods, with a total 251 concept stocks combining for a market cap of USD1.7 trillion, per data from Wind.

Alibaba is the most valuable among them and completed a secondary listing in Hong Kong -- its second time listing in the city -- in November 2019. Rival JD.Com and NetEase, a Chinese tech firm, also returned to the Hong Kong market this month, and more companies could be set to follow.

If all 42 of the eligible companies chose to list in Hong Kong, there would be ample liquidity to support that, Zhu added. If they all issued a secondary offering within the next year, floating 5 percent of outstanding shares, they could raise about USD27 billion, 70 percent of the total value of initial public offerings over the past 12 months, he said.