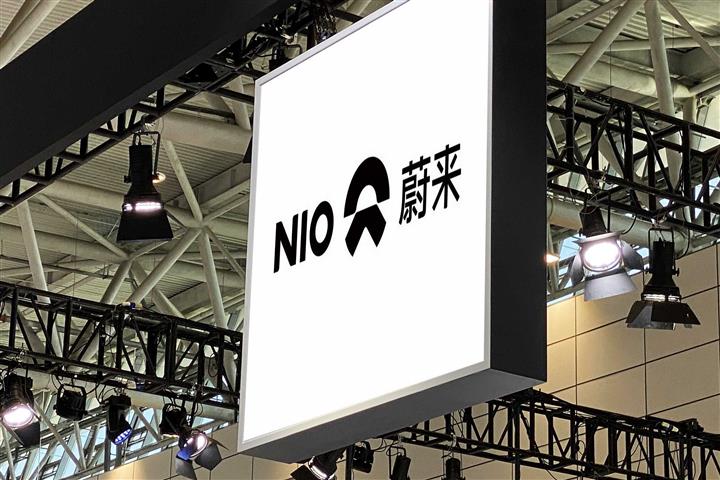 (Yicai Global) Aug. 12 -- Nio will bring out a new mass market brand and provide better products and services at a lower price than Tesla, according to the Chinese electric carmaker’s founder.

“The relationship between Nio and this new brand will be similar to Lexus and Toyota, or Audi and Volkswagen,” Li Bin said on the Shanghai-based company’s earnings conference call yesterday. “We will not enter the market occupied by Wuling Hongguang Mini EV.”

To date, Nio has three models on sale, the ES8, ES6 and EC6, and will also introduce an entry-level model under the Nio brand next year, which will be its lowest-priced car.

“We place great value on increasing our share in the segmented market,” said Li, who is also the startup’s chairman and chief executive. “Our share in the premium sport utility vehicle market has surpassed some models of Audi and BMW. For example, our share in Shanghai’s premium SUV market has exceeded 14 percent.”

But as the global popularity of electric vehicles peaks, Nio believes it is necessary to accelerate the launch of new models and offer more high-end smart EVs, he added.

The company plans to deliver three new products based on the Nio Technology Platform 2.0 next year, including the ET7, a flagship premium smart electric sedan. Information about the other two models has not been disclosed, however.

Nio delivered 21,896 cars in the second quarter, an increase of 112 percent from the same period last year. It delivered 7,931 units last month, falling behind rivals Li Auto and Xpeng, which delivered 8,589 and 8,040, respectively.

Nio posted revenue of CNY8.5 billion (USD1.3 billion) in the second quarter of this year, a 127 percent gain from a year earlier. Its net loss narrowed over 45 percent to CNY659.3 million (USD102.1 million).

The company expects to deliver 23,000 to 25,000 cars in the third quarter, an increase of about 88 percent to 105 percent from the previous year. Revenue in the three months is expected to be between CNY8.9 billion and CNY9.6 billion, an increase of 97 percent to 113 percent.

This quarter will be very challenging for Nio due to the recurrence of the Covid-19 pandemic in China and floods in Germany that will affect the supply chain, Li said.