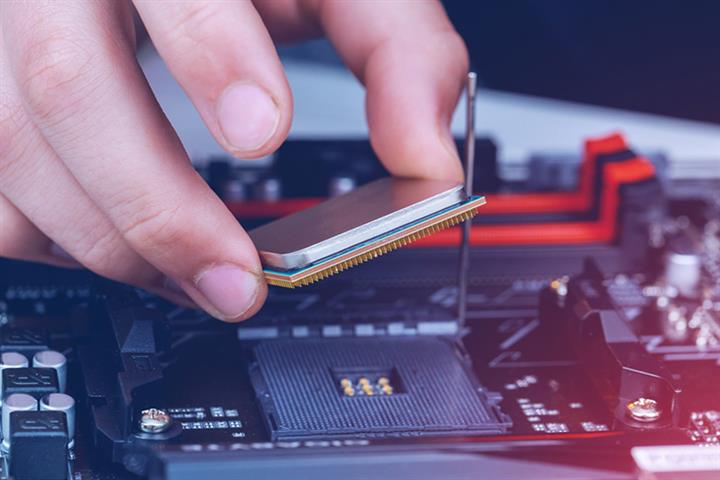 (Yicai Global) Dec. 16 -- The 4th China International Import Expo held its first promotional conference today, more than 300 days before its opening. Its organizer will set up a section for exhibition of integrated circuits at the fourth expo, to which it is likely to invite Qualcomm, ASML and other industry giants, the organizer announced at the meeting.

The conference for the IC section at the fourth fair’s technical equipment exhibition area convened in Shanghai today. The new sector will improve the event’s level of specialization and quality to lure superior resources from around the world and advance the innovative development of China’s related fields, Liu Fuxue, deputy director-general of the CIIE Bureau, said at the session.

The Shanghai Integrated Circuit Industry Association will form an IC committee after the setup of the dedicated zone to help the group’s members accurately communicate with government agencies, industrial clusters and potential customers, and provide a platform for subsequent exchanges, said Xu Wei, its secretary general.

Qualcomm participated in the first to the third expos and penned a contract confirming its participation in the fourth very early on, Guo Tao, the firm’s vice president, noted at the conference. He is very optimistic about the IC addition and thinks it will give firms opportunities to learn from their peer companies and enhance cooperation between different industries and exchanges with government agencies.

The transaction volume in the chip field at the third expo that ended just last month was the most among all categories at the technical equipment exhibition area and took up 25 percent of its total space, the head of the area noted.

The 4th CIIE will run from Nov. 5 to 10 at National Exhibition and Convention Center in Shanghai.

The eastern financial hub is a hotspot for China’s IC industry and its chip output value makes up 22 percent of the national total. Its production has risen amid the Covid-19 pandemic this year against a general downturn and its output value added up to CNY152 billion (USD23.16 billion) from January to October, up 45.8 percent from the same period last year, the city government said.