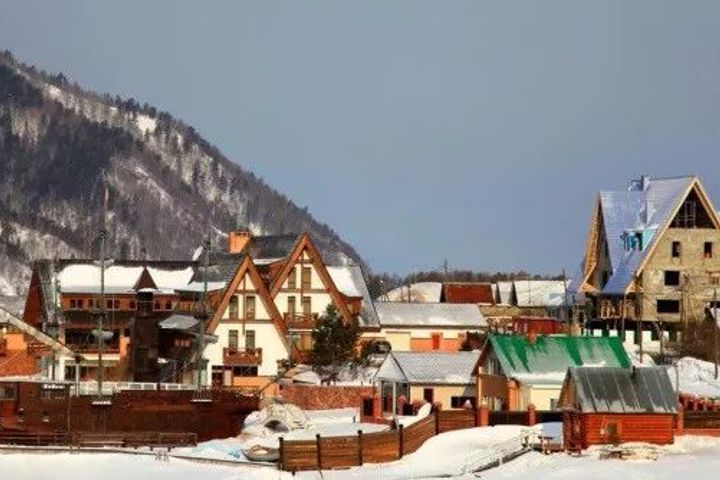 (Yicai Global) Jan. 2 -- People living along Lake Baikal in Russia's Far East have become disgruntled over what they perceive as a Chinese land grab in recent years.

The residents of the tourist town of Listvyanka, presented the petition -- which resonated widely and which 54,000 people had signed by the end of November -- to Russian President Vladimir Putin, claiming that since Chinese people now own 10 percent of the real estate in the town, they are likely to turn it into a "Chinese province" in the coming five to ten years. Chinese and Korea advertisements are common sights in Listvyanka, where tour guides from China even boast that Lake Baikal was once Chinese territory – correctly, since Tang dynasty China annexed it in 630 CE.

Given this situation, it called on the government to stop more Chinese from buying land and building in the Lake Baikal region, per the report.

Chinese have cherrypicked the choicest properties in town, especially those closest to the Lake, because they can offer higher prices than prospective Russian buyers, griped a local resident opposed to these land purchases, per another report by Moskovsky Komsomolets.

Irkutsk Oblast, where the town lies, is forming a joint working team that will thoroughly investigate illegal land use by Chinese along Lake Baikal from January, announced Sergei Levchenko, the oblast's governor, as online news media Siberia News reported. The local government will have to take action against this trend, since Russia's federal law does not address land sales in Listvyanka, Levchenko said.

Foreign investment funds 20 tourist infrastructure projects in the oblast, per the same report. Lying some 5,000 kilometers east of Moscow Lake Baikal is the largest and, at one mile, the world's deepest non-marine body. It is estimated to contain one-fifth of the world's freshwater, the same amount the Great Lakes between the US and Canada combined hold and the Amazon Basin drains in one year.