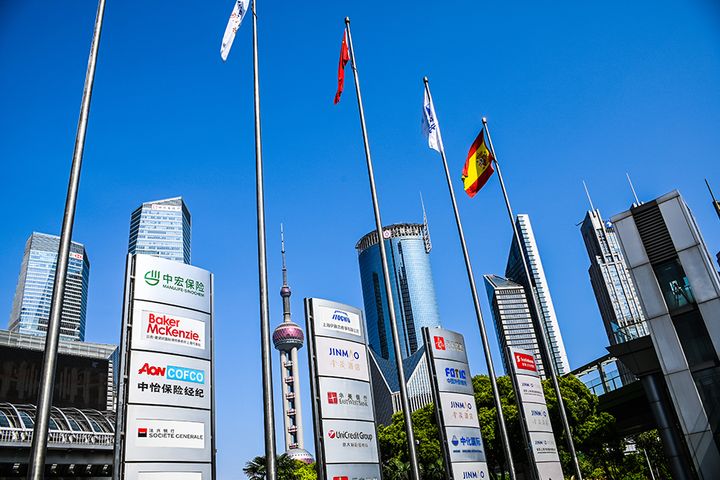 Shanghai Was First Mover in China's Financial Reform and Opening-Up

(Yicai Global) May 31 -- Shanghai has been at the forefront of China's opening up and an experimental field for financial reform over the past 70 years since its liberation. Shanghai saw the foundation of the country's first foreign bank and insurer and in September was ranked as the fifth biggest global financial center.

Taking place on the 70th anniversary of Shanghai's liberation, the new science and technology innovation board is the most important domestic reform in China's capital market. The country's stock and bond markets have also been included in well-known international indexes, confirming their appeal to long-term foreign investment, and China is accelerating the opening up of its financial services and foreign capital markets and will keep increasing their holdings in the country's banking, securities and insurance fields.

The gathering of the stocks, bonds, currency, negotiable instruments, futures, gold and insurance sectors in Shanghai has helped give the city one of the world's most complete financial systems and turned it into an international financial hub.

In 1994, China started using a managed floating exchange rate system based on market supply and demand and build a unified foreign exchange market. Thus the China Foreign Exchange Trade System was formed. The yuan has since joined the special drawing right and is becoming a reserve currency.

The Shanghai Stock Exchange was founded in 1990 and 39 stocks were listed that year. Its value and accumulated trading volume as of the end of August last year ranked it fifth among worldwide exchanges, making the internationalization of China's capital market inevitable.

The Shanghai Gold Exchange began its international business, SGE International, in 2014, and it now facilitates futures contracts trading with foreign markets. After 17 years of discussions, the Shanghai International Energy Exchange introduced crude oil futures on March 26 last year. As China's first financial product made for opening up without special restrictions, daily trading volume of the crude contracts in Shanghai now exceeds that of Oman oil futures at the Dubai Mercantile Exchange, making Shanghai's the third-largest crude futures contract behind the New York and London benchmarks.

"The next focus of the Shanghai financial market development is internationalization," Zheng Yang, director of the Shanghai Local Financial Supervision and Administration Bureau, told Yicai Global. "We must stick to internationalization to gradually solve structural problems in the financial market during the opening up to make the market more developed and buoyant."

Deepening the Reform and Opening Up

China is accelerating its domestic reform and opening up, and Shanghai will start six new initiatives in banking, securities and insurance to further these efforts, the Shanghai Finance Office said a year ago today.

The country will issue 12 new policies to lift certain restrictions on foreign-funded banks, such as ownership caps, and encourage further cooperation between private and foreign banks, Guo Shuqing, chairman of the China Banking and Insurance Regulatory Commission, said more recently.

Under the domestic reform, the sci-tech board is the most important reform in China's capital market, with many unprecedented measures, such as allowing unprofitable firms to go public and cancelling daily trading limits for the first five days a stock goes public.