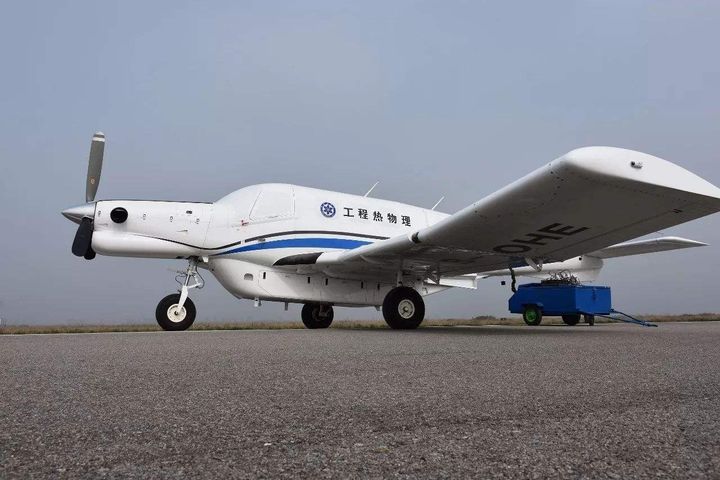 AT200 is the product of joint development by several institutions and companies, including the Chinese Academy of Sciences (CAS) and the subsidiaries of Shaanxi Ligeance Mineral Resources Co. [SHE:000697].

It can carry 1.5 tons of cargo, making it the world's first cargo UAV with payloads denominated in tons.

After taxiing, taking off and climbing to a designed altitude, AT200 entered its cruising phase and hovered for two laps, then landed smoothly yesterday. The entire flight process lasted 26 minutes, and the UAV stayed stable on an accurate flight path trajectory, per designed requirements, people.cn reported.

The aircraft is 11.84 meters long and 4.04 meters high with a 12.8-meter wingspan. Its cargo bay is 10 cubic meters and can accommodate 1.5 tons of effective load. The designed cruising speed is 313 kilometers per hour with eight-hour endurance. AT200 can take off from and land on airstrips and even on soil and grass expanses. It can also operate in high altitude areas and mountains.

Equipped with advanced command systems, operators can remotely control the AT200's take-offs and landings. During the flight, they only need to monitor the state of the drone without manual intervention. Operators can thus coordinate several UAVs to fly at the same time.

The AT200 will be able complete military transport missions on field airstrips, and this will contribute greatly to transport support for islands, especially military supplies to islands and atolls in the South China Sea.