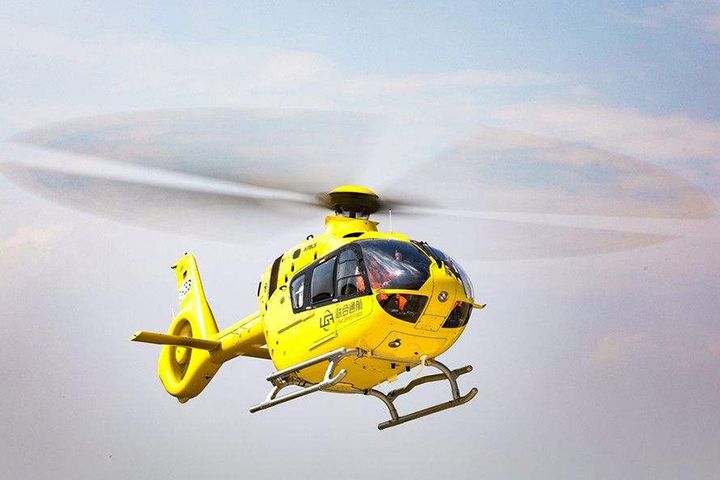 (Yicai Global) April 18 -- Airbus Helicopters, the world's largest supplier of commercial helicopters, and its Chinese partner United General Aviation have opened the France-headquartered firm's first production base outside Europe in eastern China's Qingdao to sell such choppers to local clients.

The pair's joint venture was also kicked off, with the registered capital of CNY55 million (USD8.2 million), QingdaoNews website reported yesterday. Airbus Helicopters will hold 51 percent of the equity and the Qingdao-based firm will have the rest as well as an exclusive right to sell the aircraft. The first finished chopper is expected to be rolled out in the second half of this year.

The JV will oversee the EUR1 billion (USD1.1 billion) plant that will start off by making 100 H135s to a local consortium. These light twin-engine helicopters are worth about EUR700 million. Five of the aircraft will be assembled in Germany and the remainder in China, with major parts including the body, rear and main gearbox imported from Germany and Spain.

Airbus Helicopters has maintained a 20 percent annual growth rate in China in recent years, and the company had a 38 percent market share last August with 280 copters.

The new factory can make 18 H135s in a year in its early stages but the annual production capacity is expected to double in the future.