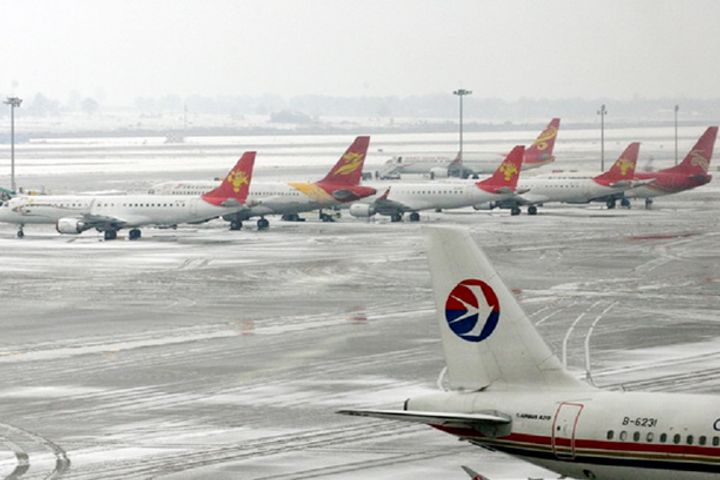 (Yicai Global) Nov. 1 -- Civil aviation authorities are looking to resolve issues with Chinese airlines after they cancelled all flights between the cities of Xi'an and Chengdu scheduled before March 25, 2018, state-owned broadcaster CCTV reported.

With so few flights available between Xi'an, the capital of Shaanxi province, and Chengdu, the provincial capital of Sichuan, passengers need to take connecting flights, taking typical flight times for 90 minutes to eight or nine hours, or even longer.

Airline companies did not confirm that the cancellations relate to the new Xi'an-Chengdu High-Speed Railway, set to open soon.

The opening of the new rail line is likely to cause a sharp drop in the number of direct flights between the two cities, Chengdu Evening News quoted a customer service staff member at Sichuan Airlines Co. as saying. "The change can be seen as market behavior. The route is likely to be cut due to the high-speed rail line, just like the Chengdu-Chongqing route was."