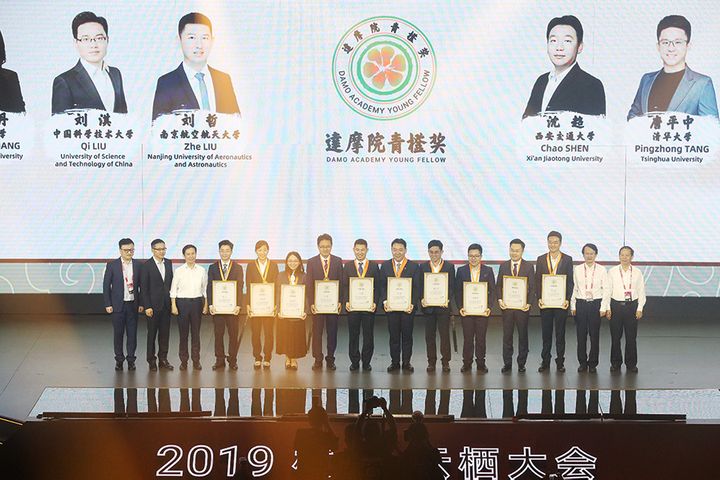 (Yicai Global) Sept. 26 -- A group of 10 young scientists from Tsinghua University, Peking University and many other research institutes have been inducted as this year's DAMO Academy Young Fellows.

The grants seek to encourage young scientists to conduct research in basic sciences.

DAMO Academy Young Fellow is an annual award presented by the academy for young Chinese scholars based in China engaged in fundamental science and applied technology research. In addition to the money grant, DAMO Academy provides all-round support, including open data resources and application scenarios.

The DAMO Academy Young Fellow award collectively received valid materials from 237 applicants, and the final winners were selected from these candidates after three rounds of review, namely, the preliminary, second reviews and final round, plus oral defense. The proportion of award-winners among all applicants is about one in 23, the management committee overseeing the awards explained.

Founded in October 2017, the academy is dedicated to exploring the unknown in science and technology and driving research into basic science and innovative technology with a human vision as its motive force.

Alibaba's goal in developing the DAMO Academy for the next two decades is to build the world's fifth-largest economy, provide 100 million jobs for the world, serve 2 billion people across borders, and create a profitable platform for 10 million companies, the group's website states.

Alibaba founder Jack Ma has propounded three tenets for the institute: 'Outlive Alibaba, serve at least 2 billion of the world's people; and face the future and use technology to solve its problems.'