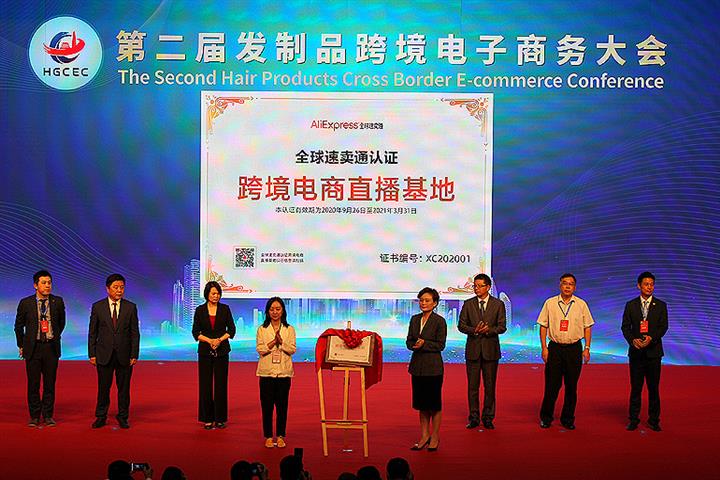 The hub was formed on Sept. 26 by Alibaba's cross-border e-commerce marketplace AliExpress and the Xuchang city government in China's central Henan province. AliExpress plans to build 10 across the country and train 100,000 e-commerce live-streamers.

Xuchang's has 20 live-streaming rooms that can handle more than 100 vendors and over 20 internet celebrities at the same time. It will stage at least 100 live-streaming events a month and help companies train online talent.

About 20 percent of sellers on AliExpress have started live-streaming, Ni Qianqing, head of the platform's wig business, told Yicai Global. Wigs are best-sellers, he said. Overseas buyers have made a beeline for the platform after brick-and-mortar stores closed during the Covid-19 pandemic. Turnover from western countries has doubled since April.

"I could visit five to 10 clients at most a day when selling wigs offline in the US, but now thousands of customers from countries worldwide flood into my live-streaming room when I start the process on my phone," said Liu Qiang, a saleswoman for a Xuchang maker of wigs for the US market.