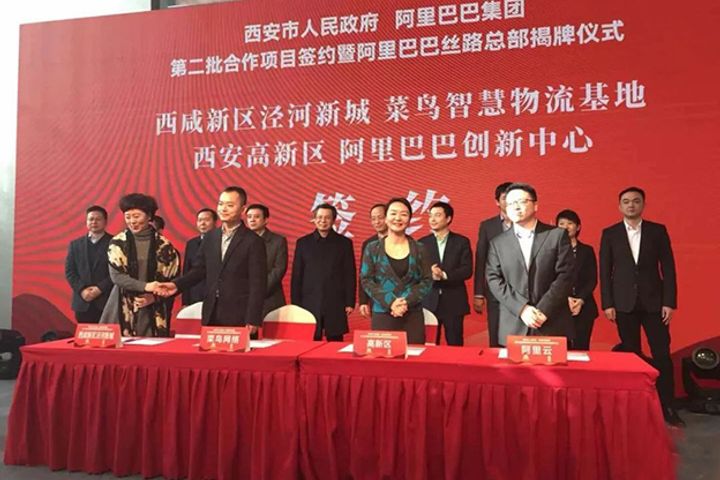 Located in the New Software Park of Xi'an Hi-tech Zone, the headquarters will extend Alibaba's presence in the whole western areas and in the Silk Road Economic Belt, the company said. It will consist of multiple function blocks, such as finance, Aliyun, new retail and e-commerce enterprise service centers, according to the company.

Alibaba's Cainiao Network also signed a cooperation agreement to build a northwest intelligence logistics center in Xi'an, serving regions along the Belt and Road. The cooperation between Cainiao and Xi'an will involve setting up a new generation intelligent warehousing base equipped with artificial intelligence and robots to speed up logistics in central and western China.

Through this cooperation, Cainiao plans to pump CNY1 billion to Xi'an's Jinghe new town to build a hi-tech-driven logistics hub and introduce full-auto assembly lines, AGV robots, mechanical arms and other AI facilities. The project will commence this year and is planned to go into operation on next year's Double 11 Single's Day, which falls on Nov. 11 and is billed as China's online shopping festival.