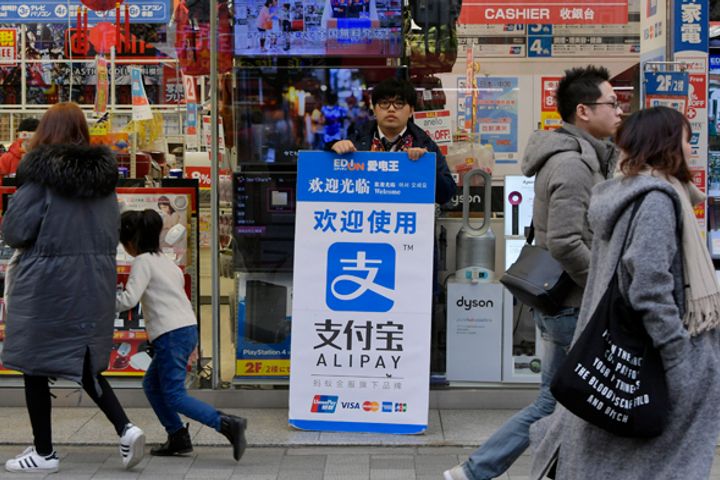 The expanded coverage will provide a convenient cashless payment environment for Chinese tourists to the neighboring country, Hangzhou-based Ant Financial said in a statement.

"Alipay is dedicated to enhancing user experience and creating value for small and micro businesses through technology," said Ant Financial Executive Chairman and Chief Executive Eric Jing. "The Tokyo Olympics and the hike in visitors that this will bring is a good target for us, to ensure that the Alipay platform is the bridge between inbound visitors and local merchants here in Japan."

The number of active Alipay users in China has surpassed 700 million, Jing said, adding that the number of Chinese tourists going to Japan has been rising in recent years. Chinese visitor numbers to Japan grew by close to one-quarter annually to four million in the first half of this year, data from the Japan Tourism Agency shows. The use of Alipay by China's overseas tourists has also skyrocketed. The average amount of money spent by Alipay users in Japan reached CNY3,900 (USD570) this summer, People's Daily reported yesterday.

Alipay entered the Japanese market in late 2015 and has recently confirmed plans to work with local financial institutions and mobile payment platforms in the country to expand coverage.