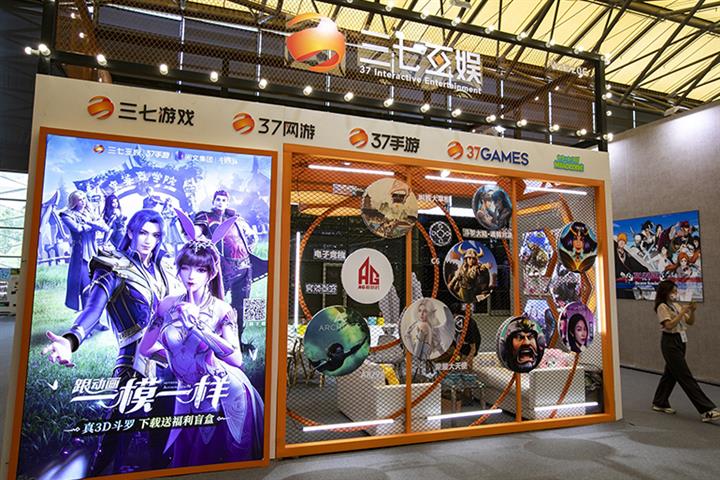 Analysts Are Upbeat on Overseas Opportunities for China's Game Developers

(Yicai Global) Sept. 8 -- A number of research institutions have voiced optimism about opportunities for Chinese video game developers in overseas markets in the wake of stricter oversight of the sector at home.

They believe that recent measures by Chinese regulators to further limit the time minors can spend playing online games to prevent addiction and illegal consumption will actually promote the gaming industry’s sound development.

China’s gaming industry has entered a phase of strong regulation since 2018, according to Zhongtai International. The country has built an anti-addiction certification platform that covers more than 10,000 games from over 5,000 developers.

The industry, which is focusing on developing quality products with fewer users amid tighter regulation, will be able to play an increasingly important role in promoting Chinese culture if its overseas influence grows, Zhongtai added. Citic Securities concurred, saying that encouraging overseas expansion will broaden the development space of high-quality game developers.

A host of developers have released games overseas. Last year, actual sales abroad of China’s home-produced games was USD15.5 billion, up 33 percent from a year earlier and the highest in almost four years.

Wuxi Boton Technology’s overseas gaming revenue in the first half of this year was CNY798 million (USD123.4 million), or 98.5 percent of its total game revenue. Meanwhile, China Mobile Games and Entertainment Group said in its semi-annual financial report that overseas income skyrocketed 6,250 percent to CNY219.7 million.

Elsewhere, Giant Network Group said on Shenzhen Stock Exchange’s investor interaction platform that it is marketing Night of the Full Moon and Pascal’s Wager in overseas markets. And it also plans to release new games overseas.