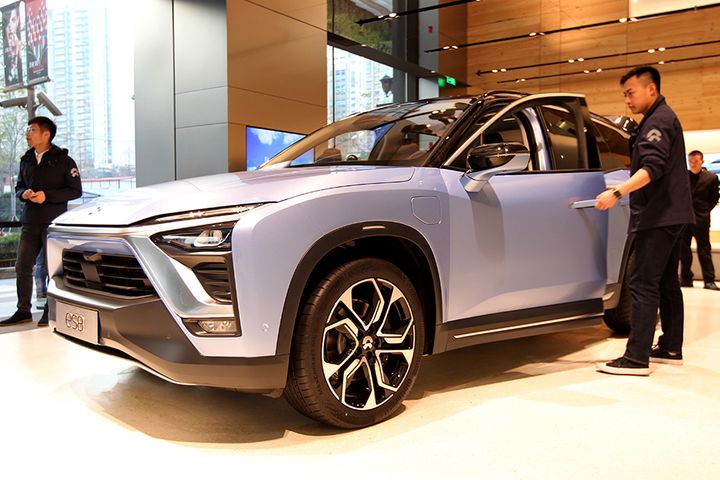 Second Nio Electric Car Goes Up in Smoke in a Month

(Yicai Global) May 17 -- A Nio ES8 caught fire in Shanghai yesterday in the second such incident to befall the electric carmaker in almost one month and the fifth electric vehicle blaze in China this year.

The cause of the flames is unknown, but it has started an investigation, the Shanghai-based electric vehicle startup posted on its official account on China's Twitter-like Weibo, the Beijing News reported yesterday.

The car flared up and emitted a choking cloud of smoke yesterday on the startup's home turf of Anting Town, in the city's northwestern Jiading district. Many Nio employees reportedly live near the scene of the fire. Firefighters who arrived in good time to put out the blaze reported no casualties. The company is investigating and will timely disclose the results after the cause comes to light, it said in the post.

In the first case, a Nio ES8 under repair caught fire at a Nio authorized service center in Xi'an.

Much of the left-rear shell of the traction battery pack and its cooling plate were buckled as the vehicle had been in a bad accident before being sent for repair. The pack's crushed internal structure shorted out the battery, sparking the fire, Nio said after examination.