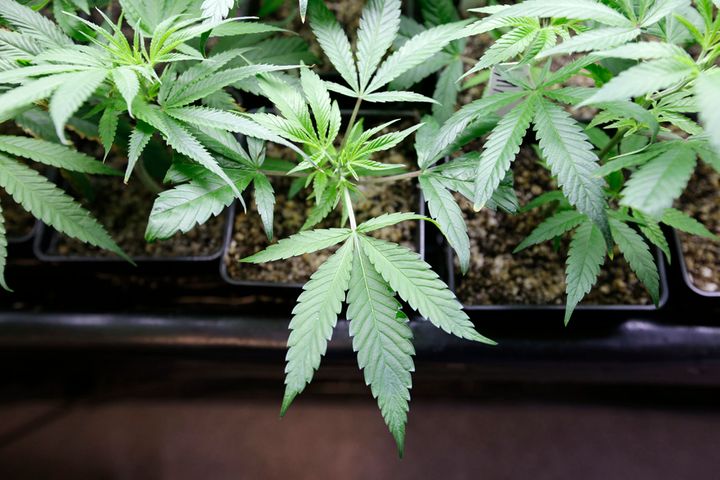 (Yicai Global) April 1 -- The hemp high in China's capital market shows no signs off wearing off as another two Chinese pharmaceutical companies threw their hats into the ring yesterday and today, with the shares of both immediately hitting the 10 percent limit up bourses mandate today.

The frenzy is running unabated even after regulators stressed last week Beijing will keep the sector on a very short leash and has not given the go-ahead to any medical project involving the controversial plant.

Native to Central Asia and among humanity's oldest cultivars at about 10,000 years, hemp is the non-drug form of cannabis sativa or its subspecies cannabis indica. Related to hops and nettles, humans selectively bred the two forms of hemp and marijuana for their tough fibers and edible leaves and seeds, and their medicinal and narcotic effects, respectively, though they remain the same species and can and do interbreed.

Hemp is the strongest plant fiber with a carbon structure said to be by weight stronger than steel's and harder and more resilient than diamond's. Medical marijuana finds a plethora of uses from treating anxiety and alcoholism to reducing swelling and dulling pain.

Headquartered in Chongqing in Southwest China, Fuan Pharmaceutical (Group) [SHE:300194], whose main products are antibiotics, announced today it will cooperate with two Las Vegas-based hemp growing and processing companies to develop botanical drugs and develop a consumer industrial chain for these.

The three parties will apply their respective advantages to cooperate in areas such as green cultivation, product extraction and deep processing, based on a letter of intent Fuan penned with the two US partners hemp grower Red Realty and processor Golden Way Investor.

The US firms have mature hemp growing bases, with processing equipment and sales channels in Las Vegas, Nevada, and intend to introduce modern medical technology to upgrade the Chinese sector, Fuan said regarding its motive for cooperation in the statement.

Fuan, which owns core technical advantages in drug research and development and production, intends to develop hemp-extract drugs and also develop a consumer industrial chain for these.

Fuan will retain agents to conduct due diligence investigations of the two US partners within 45 days and the three parties will sign formal cooperative deals in two months, the statement said, adding the specific approaches include setting up joint ventures, share transfers, stock swaps and buying into existing project companies.

Tonghua Golden-Horse Pharmaceutical Industry, the other listed company [SHE:000766] with headquarters in Jilin province in Northeast China will cooperate with Jilin Academy of Agricultural Sciences and local authorities in the city of Tonghua near the North Korean border to explore the breeding, planting and product development of hemp, per a statement yesterday by the locally-based traditional Chinese medicine maker.

JAAS undertakes to provide Golden-Horse with products and services, including seeds that meet agreed technical standards, planting techniques and technologies for extraction, separation and preparation of bio-active ingredients during their cooperation over the next five years, per the statement. Golden-Horse will pay CNY38.4 million (USD5.7 million) research and development costs to JAAS during the cooperation period.

Yunnan province in Southwest China is the country's major legal hemp growing area, while Heilongjiang and Jilin provinces in Northeast China, have also recently been approved for cannabis cultivation.

The fibrous crop has become an investment hot spot in China's stock market since the start of the year, with the shares of various listed companies that announced their entry into hemp growing and processing soaring.

Shanghai Shunho New Materials Science & Technology, which announced its arrival on the hemp scene in mid-January, has experienced a sustained surge in its share price, which has risen more than fivefold over two and a half months.

The National Narcotics Control Commission specially emphasized last week that the Chinese government has not approved the cultivation of any medical marijuana thus far or given the green light to any drugs containing active cannabinoids such as tetrahydrocannabinol, to clarify Beijing's stance on the plant's cultivation and processing.

The commission also stressed that hemp is deregulated only for the purposes of obtaining fiber and edible seeds, while all other purposes fall under its control.

The investment madness over hemp just seems to reach a new fever pitch every time regulators try to dampen it by warning they will keep a strict and watchful eye on the sector.