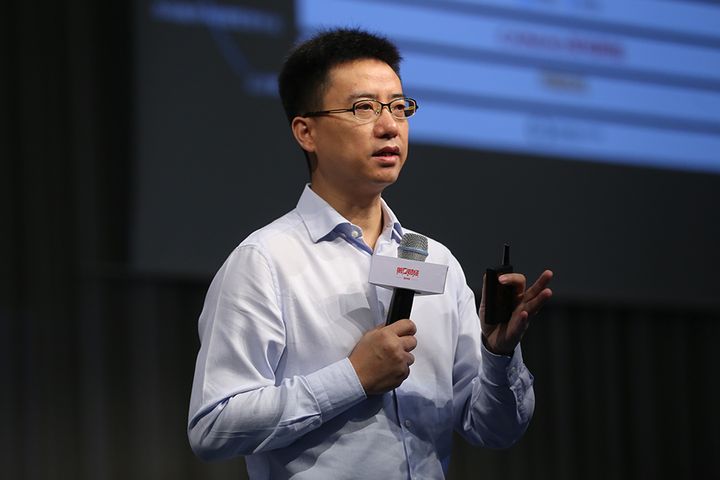 (Yicai Global) Dec. 19 -- Ant Financial Services has elevated Simon Hu to chief executive officer after a little more than a year as president of the world's most valuable fintech company, it said today.

Hu replaces Eric Jing who will remain as executive chairman of the Alibaba Group affiliate. The appointment is part of the Hangzhou-based company's efforts to build three pillars of growth: globalization, domestic demand and technology, it said in a statement.

Hu will be tasked with meeting growing demand in China and helping more service sector companies with digital transformation, Ant Financial said. Jing will focus on strategic development and will continue to oversee operations including the firm's international and smart technology businesses.

Hu was previously head of Alibaba's cloud computing arm Alibaba Cloud and was appointed president of Ant Financial in November last year in what was described by Jing as a "major upgrade." Now Hu has completed his rise to power by taking the reins from Jing, although he will continue to report to Jing.

Hu started his career in banking with positions at China Construction Bank, China Everbright Bank and other financial institutions. He joined Alibaba in 2005 and in 2009 started Alibaba Small and Micro Financial Services, the predecessor of Zhejiang E-Commerce Bank, known as MYBank. In 2013, he led the merger of Alibaba Small and Micro with Alipay. Ant Financial was formed the year after.