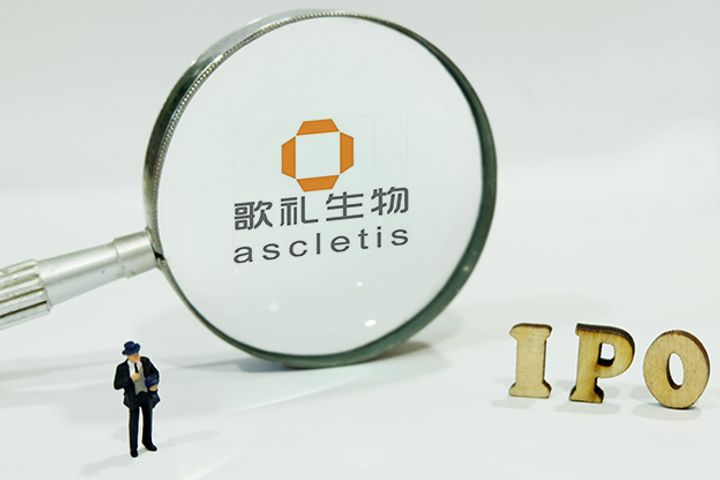 (Yicai Global) May 9 -- Ascletis Pharma Inc. has filed to go public in Hong Kong and become the first biotech company to float in the special administrative region after it eased listing restrictions for pre-revenue firms in the sector.

The Hangzhou-based firm submitted its application to Hong Kong Exchanges and Clearing Ltd. on May 7, with Goldman Sachs, Morgan Stanley and China Merchants Securities set to underwrite the offering. Its application proof claims the company hopes to commercialize a drug that can cure hepatitis C by the end of the third quarter.

The Hong Kong bourse rolled out new listing rules for pre-revenue biotech companies on April 30, allowing those which expect a market cap of more than HKD1.5 billion (USD191 million) to list. The changes also paved the way for companies which use weighted voting rights, leading to telecoms equipment maker Xiaomi Inc. filing to go public in an initial public offering that could fetch up to USD10 billion, making it the biggest since Alibaba's USD25-million listing in 2004.

As Ascletis has not yet taken any of its drugs to market, it has not collected a penny in revenue. It lost CNY130 million (USD20 million) last year, with research and development costs reaching CNY114 million. Some USD155 million in funds raised from the likes of Goldman Sachs and C-Bridge Capital over the past few years has kept the company afloat.

The company mostly focuses on developing new chemical and biologic drugs to treat cancer and infectious diseases. It has a number of treatments in the pipeline, including two Hep C candidates nearing commercialization and another which the firm plans to file as an investigational new drug, an HIV treatment that has completed on-patient clinical trials and a liver cancer medicine that has finished tests on healthy volunteers.