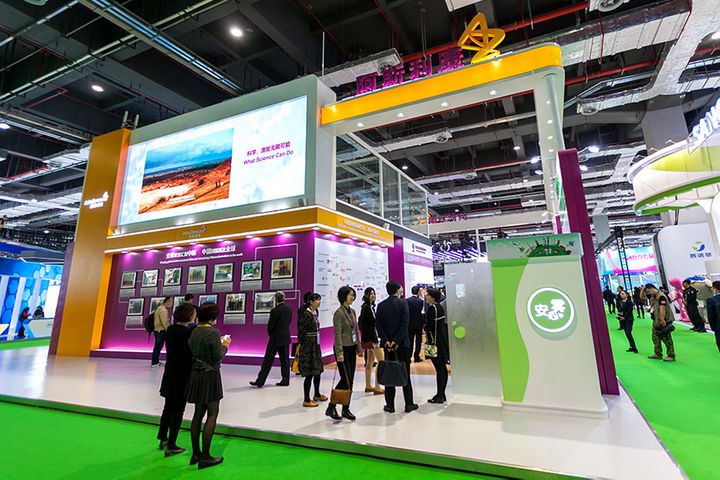 AstraZeneca to Debut IBS Drug at CIIE in Shanghai Next Month

"We will continue to introduce world-class blockbuster drugs urgently needed by Chinese doctors and patients at this year's expo," Leon Wang, executive vice president, international, and China president at the Cambridge-headquartered firm said in an interview with Yicai Global yesterday.  This new treatment is expected to benefit at least 14 million patients with irritable bowel syndrome in China, Wang added.

The expo gives AstraZeneca a platform to communicate with cross-border partners at home and abroad while accelerating the accumulation of global innovations in China, said Wang. AstraZeneca will increase the size of its booth by more than one-half at this year's expo to 800 square meters, one of the largest healthcare-related booths at the event held in Shanghai from Nov. 5 to Nov. 10.

The AstraZeneca Wuxi International Life Science Innovation Campus, co-built by the firm and the eastern city, will send its first batch of startups, originally from the UK, India, and Hong Kong, to the CIIE to showcase their latest research results. AstraZeneca expects more institutions to pen cooperation agreements with the innovation hub at the expo.

Last year, the company inked an exclusive agreement with Italy's Zambon Group to import and sell the latter's Fluimucil drug against respiratory diseases in China, expecting to import USD100 million worth of the medicine this year. The treatment could help 7 million people in China while boosting employment in Italy as Zambon's production plant was expanded this year.

In the first CIIE, AstraZeneca debuted its drug to treat patients with anemia caused by chronic kidney disease. China was the first country to approve Roxadustat last December and the medicine has started sales this year.

"The first CIIE was not only a super exhibition but also a new turning point for the development of many pharma companies in China," said Wang.