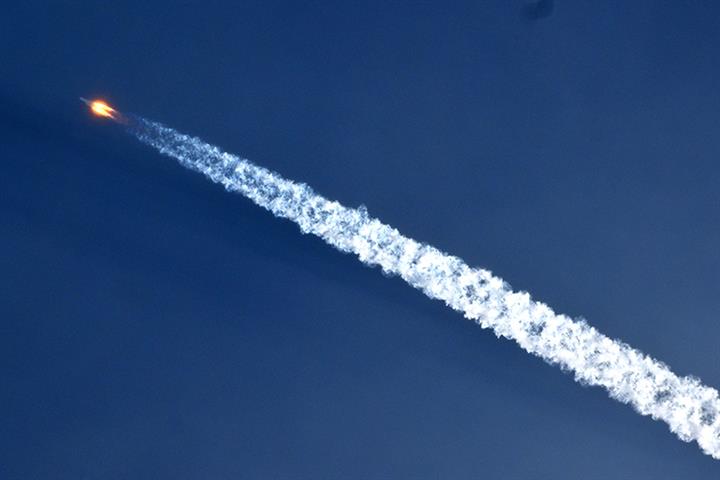 (Yicai Global) Nov. 2 -- With the docking of the third and final module of China's Tiangong space station, an atomic clock, the world's most accurate clock, has been successfully mounted aboard.

The atomic clock will support many applications, such as precise positioning via satellites. Compared with the homegrown atomic clock adopted by China's BeiDou Navigation Satellite System, "this device's accuracy is improved by at least five orders of magnitude, or more than 100,000 times,” Chang Hong, a researcher at the National Time Service Center of the Chinese Academy of Sciences, told Yicai Global.

China launched space laboratory module Mengtian on Oct. 31, taking the construction of the country's space station into the final stage, Xinhua reported on that day. The building of Tiangong into a national space laboratory with three modules marks a milestone in China's three-decade effort to advance its manned space program.

"The atomic clock can be regarded as the world's most accurate quantum-measuring instrument launched into space," noted Chang, who is also the deputy chief designer of the high-precision timing lab cabinet for the space station.

Scientific researchers will mainly operate the lab cabinet that contains the atomic clock from the ground by sending remote commands, Chang said, adding that several demonstrative and confirmatory experiments will soon be carried out, while some significant and basic frontier research will probably run through the entire life cycle of the space station.

The atomic clock is one of the core technologies regarding the navigation system. But for a long time, there was a huge gap between the relevant technologies mastered by China and the most cutting-edge ones worldwide, Chang noted. The country only managed to develop its own high-performance atomic clock in the past two decades, he added.

The precise measurement of time can make people's life more convenient. For instance, the precision of navigation satellites is closely relevant to time measurement. More accurate positioning calls for a more exact calculation of time.

"It will mark not only the improvement regarding our technological capabilities for the frontier and basic research but also the great significance of applications if the accuracy of this new product fully meets the expected design specifications," Chang told Yicai Global. "It can facilitate the developments of electronics, laser, and material technologies, as well as spur the growth of the manufacturing and precision processing sectors."

To achieve these targets, the atomic clock must be highly precise, portable, and small, according to Chang. "The atomic clock is still in the experimental stage, as production costs are too high. To realize the universal application of the device, its costs must be affordable, and its industry chain improved."