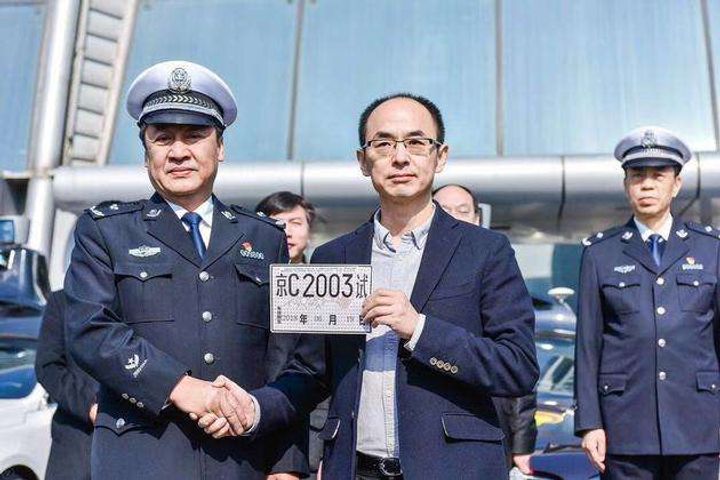 The temporary vehicle car plates Beijing issues fall into five classes from T1 to T5, information shows. The five T3 tags for Baidu's driverless vehicles -- the highest grade ever awarded in China -- show extensive abilities from cognition and compliance with traffic laws to non-route divergence to emergency response. Whether any other party has also received any of the other the first-issue license plates is unclear.

At the opening activity of road tests for self-driving automobiles in Beijing on March 22, Baidu showed media its five licensed Apollo autonomous vehicles and put them to tests on open roads around Yizhuang.

The pedestrian fatality in Tempe in the US state of Arizona caused by a self-driving vehicle owned by Uber Technology Co. that has cast a pall over the sector has had little effect on public road testing of driverless cars in China.

Three city agencies -- among them Beijing's transport commission -- jointly issued the Chinese capital's guidelines to hasten road testing on Dec. 18, the first such in the nation, in a milestone in the sector's development. The capital has now issued its first temporary tags just three months on.